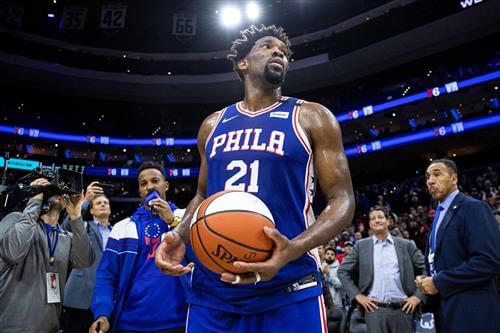 Just one season after making the NBA Finals, the Golden State Warriors finished 15th in the West with the league’s worst record at 15-50. Considering the obstacles they faced this season (which included injuries and offseason losses), their poor performance isn’t exactly shocking — and it likely won’t last very long.

With Steph Curry, Klay Thompson, and Draymond Green set to return at full strength by the start of the next campaign, there is nothing holding them back from returning to the title-contending state they’ve been used to since 2015.

Moreover, with the pieces in place to make a significant move, we can expect the Warriors to be on the hunt for opportunities to improve their roster. In one particular scenario pointed out by Josh Schrock of NBC Sports Bay Area, they could use Andrew Wiggins, Eric Paschall, and a few picks to bring in Philadelphia’s Joel Embiid. 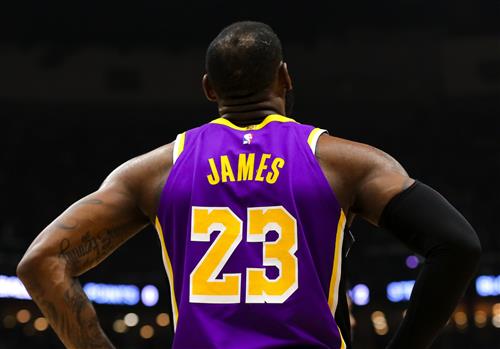 Even though basketball is returning, social justice is still on the minds of many players. They don’t want the NBA returning to distract from a lot of the social activism they’ve been promoting. The league has made a number of changes to allow players to promote messages they’d like. One thing that they’re allowing players to do is to put messages on the back of their jerseys instead of their last names.

Los Angeles Lakers star LeBron James has been among the most vocal figures when it comes to social justice. However, on Saturday, the star player revealed that he won’t put a message on his jersey and explained why.

Lou Williams was one of a number of players who said they were unsure about playing in the NBA restart over concerns that it would distract from the Black Lives Matter movement. Williams ultimately joined the Los Angeles Clippers in Orlando, and explained why on Saturday.

Williams said the Clippers had chosen to decide as a team whether to play or not, and ultimately voted to go to Orlando. Williams chose to go along with the group decision, adding that it was either “everybody or nobody.”

Gary Washburn of the Boston Globe first reported the news Friday, noting "Lawson completed her final interviews and is expected to finalize a deal."

Lawson played college ball for Pat Summit at the University of Tennessee, where she made four All-SEC teams and three Final Fours from 1999-2000 to 2002-03.

She was picked fifth overall by the Detroit Shock in the 2003 WNBA draft and played 13 seasons, averaging 9.8 points, 2.6 rebounds and 2.5 assists per game for the Sacramento Monarchs, Connecticut Sun and Washington Mystics.

She won the 2005 WNBA Finals with the Monarchs and made the WNBA All-Star Game two years later. In 2008, she and Team USA won gold at the Beijing Summer Olympics.

Lawson has worked as a television broadcaster for ESPN and the Washington Wizards. She joined the C's coaching staff in June 2019.

Her decorated resume includes coaching experience outside of Boston, as she led USA Basketball's U19 boys and girls three-on-three hoops teams to four world championships.

Michigan basketball just added another recruit to the 2021 class.

Listed at 6-foot-4, 175 pounds, Bufkin is ranked as the No. 78 overall prospect, according to the 247Sports Composite rankings. 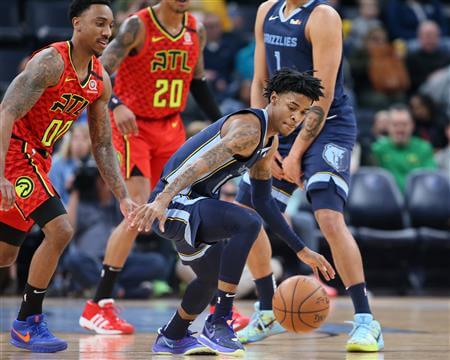 With just weeks to go until the official restart of the 2019-20 season, the players have finally arrived in Orlando, where they will be under specialized quarantine for at least a few months.

Players agreed and most were excited, but nobody said things were going to be particularly “easy” for these guys.

The idea of being stuck in the city is bad enough for a lot of players, they have an issue with their living conditions, despite it being above average. Some have gone so far as to complain online about their hotels and their food. 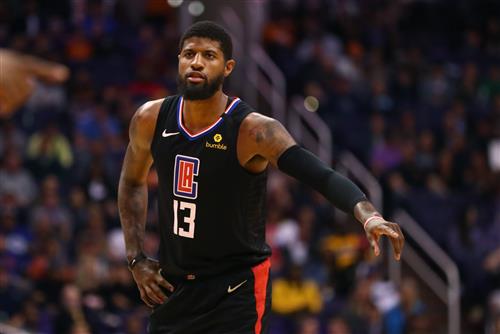 Paul George symbolized the Clippers’ health all season long. George missed the first 11 games of the season recovering from shoulder surgery, then all season long it was still a lingering issue — until the suspension of play gave him time to heal.

“The whole season, all the way up until maybe a month or two ago, I had to always do shoulder rehab stuff, warming the shoulder up,” George said Friday on a conference call with reporters. “Just so much went into stuff I had to do before I actually took a foot on the floor. Now I feel great again.”

It wasn’t just Paul George, the Clippers had Kawhi Leonard managing his knee/thigh issue and an assortment of other injuries that didn’t give Doc Rivers the full arsenal at his disposal.

The man behind "Woj bombs" instead dropped an "F-bomb" in response to an email from a United States senator's office.

Sen. Josh Hawley, R-Mo., wrote a letter to NBA commissioner Adam Silver earlier Friday calling on the league to write messages of support on team jerseys for police, the U.S. military and Hong Kong protesters. The NBA already has plans for players to wear messages supporting social justice causes on their jerseys, and courts will have "Black Lives Matter" painted on them.

Hawley posted a screenshot of the reply on Twitter.

Wojnarowski released an apologetic statement not long after.

"We have great confidence that – while things may be different with this season and with the tournament – we're going to be able to do it in a very safe and responsible manner," Gavitt told NCAA.com's Andy Katz.

He added: "If there's basketball being played safely anywhere in 2021, we're going to have March Madness."

Gavitt said the men's basketball committee discussed how it might determine automatic and at-large tournament bids should other conferences follow the Ivy League's lead and limit their schedule by limiting or eliminating non-conference matchups.

When five-star 2020 prospect Makur Maker announced his commitment to Howard on July 3, it amounted to a thunderclap in college basketball recruiting.

The news cracked the top of the daily headline cycle in the sports world, going so far as to prompt LeBron James to congratulate Maker on Instagram.

Six days removed from his announcement, Maker is doing a mini media tour and going into detail about why he chose Howard over UCLA, Kentucky and Memphis. Today, July 9, is South Sudan's Independence Day (Maker's parents are from South Sudan), so his intentions have been specific about this. It's a day of extreme importance for him, the most appropriate time to divulge what went into his pledge to Howard.

"Independence to me means freedom to choose," Maker said on Thursday's edition of the ESPN Daily podcast.

His verbal commitment to Howard is unparalleled in the past four decades in college basketball. Top-50 prospects do not choose to play in the MEAC — but Maker has. And his choice has plenty wondering if he can prompt a revolution of similar commitments in the years to come.