When the Oilers brought in Andreas Athanasiou at the deadline, the deal made a lot of sense.  They were getting a player a year removed from a 30-goal season that is still under team control and while he is owed a $3MM qualifying offer, the anticipated jump in the salary cap would help offset that.  His next deal might be a little pricey but it would be justifiable and they’d be able to afford it.

END_OF_DOCUMENT_TOKEN_TO_BE_REPLACED

Following Friday's report that the St. Louis Blues broke off contract talks with Alex Pietrangelo and advised their captain to pursue free agency, we look at five sensible landing spots for the star defenseman.

END_OF_DOCUMENT_TOKEN_TO_BE_REPLACED

It’s not a massive surprise to see the Tampa Bay Lightning in the Stanley Cup final. They tied an NHL record with 62 wins a season ago and were determined to avenge last season’s humiliating first-round defeat. The fire burned so intensely that GM Julien BriseBois surrendered first-round draft picks in two trades this winter in hopes of balancing his roster out with more grit, bringing in Blake Coleman and Barclay Goodrow.

END_OF_DOCUMENT_TOKEN_TO_BE_REPLACED

We can only imagine what this has been like for Steven Stamkos.

END_OF_DOCUMENT_TOKEN_TO_BE_REPLACED 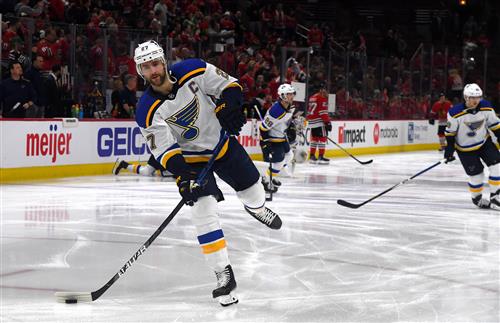 Contract talks between the St. Louis Blues and captain Alex Pietrangelo have broken off with the front office advising the veteran defenceman to pursue unrestricted free agency next month, according to TSN Hockey Insider Darren Dreger.

END_OF_DOCUMENT_TOKEN_TO_BE_REPLACED

The NHL will present the five remaining individual awards during a 30-minute show Monday on Sportsnet at 6:30 p.m. ET/ 3:30 p.m. PT ahead of Game 2 of the Stanley Cup Final.

END_OF_DOCUMENT_TOKEN_TO_BE_REPLACED

Sergei Bobrovsky can bounce back next season for the Florida Panthers, new general manager Bill Zito told Sportsnet on Thursday.

END_OF_DOCUMENT_TOKEN_TO_BE_REPLACED

For a young prospect trying to find his way to the NHL, experience is everything. And Thomas Harley is getting one of the most unique experiences ever thanks to his time in the NHL bubble with Dallas.

END_OF_DOCUMENT_TOKEN_TO_BE_REPLACED 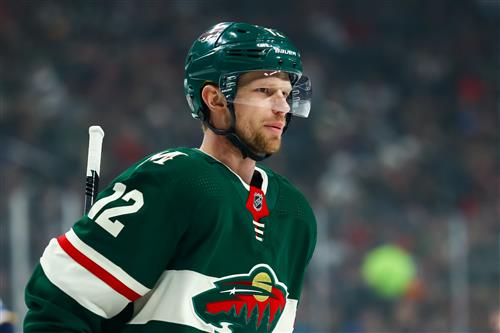 Bill Guerin continued to reshape the Wild by trading Eric Staal to the Sabres for Marcus Johansson on Wednesday.

END_OF_DOCUMENT_TOKEN_TO_BE_REPLACED

The St. Louis Blues have hired Jim Montgomery as an assistant coach, the team announced Wednesday.

END_OF_DOCUMENT_TOKEN_TO_BE_REPLACED

It appears the Arizona Coyotes' general manager search has come to an end.

END_OF_DOCUMENT_TOKEN_TO_BE_REPLACED

The Toronto Maple Leafs have traded down in the first round three times in five drafts since hiring Kyle Dubas. It started out with the Nashville Predators 2015 1st round pick, which the Leafs parlayed into Travis Dermott, Jeremy Bracco, and Martins Dzierkals. Then in 2018 the Leafs slid down from 25 to 29 to select Rasmus Sandin, and picked up Semyon Der-Arguchintsev along the way.

END_OF_DOCUMENT_TOKEN_TO_BE_REPLACED

“The market will be flooded with players,” was how one team executive framed the NHL offseason landscape to me. “There is nothing normal about this year,” and it seems like most teams are figuring it out as it develops.

END_OF_DOCUMENT_TOKEN_TO_BE_REPLACED

The U.S. Hockey Hall of Fame has announced their newest class of inductees, as revealed by NBC Sports’ Eddie Olczyk, a U.S. Hall of Famer himself, before this evening’s Western Conference Final Game. The 2020 group is comprised of former NHL player and coach Tony Granato, decorated women’s player Jenny Potter, and a pair of historic college coaches in Jerry York and Dean Blais.

Granato, 56, is the current head coach at the University of Wisconsin. A former Badgers star himself, Granato’s collegiate career vaulted him to the NHL where he played 13 seasons with the New York Rangers, Los Angeles Kings, and San Jose Sharks. Granato recorded four 60+ point seasons, including an 82-point campaign in 1992-93, and was an All-Star and Masterton Trophy recipient in 1996-97. After retiring in 2001, it wasn’t long before Granato joined the coaching ranks as an assistant with the Colorado Avalanche in 2002-03 and by the end of the season he had been named head coach. Granato spent six years with the Avalanche, five seasons as an assistant with the Pittsburgh Penguins, and two seasons as an assistant with the Detroit Red Wings before returning to Madison to become head coach of the Badgers in 2016. Granato has also coached with Team USA at the Olympics twice and played for the Olympic team himself in 1988. An experienced player and coach at the college, pro, and international levels, Granato is a jack of all trades who has enjoyed a long, well-rounded career.

Because there’s no protracted analysis required to explain what the Montreal Canadiens got in Joel Edmundson when they sent a fifth-round pick to the Carolina Hurricanes Saturday. The 27-year-old is a 6-foot-4, 215-pound defenceman who scored seven goals and 20 points in 68 games this past season. Even taking into account his advanced statistics, which don’t paint his scoring chance suppression or puck-moving abilities in the most favourable light, he brings value to their blue line with Stanley Cup-winning experience and some toughness to go along with the size he possesses. And Edmundson is coming off a one-year, $3.1-million contract and isn’t likely to break the bank with his next one.

But this is less about him and more about what he’s now a part of—a Canadiens team that went into the off-season with pressing needs for depth on the blue line and in nets and addressed them with his acquisition (provided they sign him) and with that of his former St. Louis Blues teammate, Jake Allen. They’re also a team desperate for some size and scoring punch up front, one that can now suddenly afford to move a piece from the back end as part of a package to acquire some.

Pending unrestricted free agent Alex Pietrangelo is starting to feel the pressure when it comes to which team he'll play for next season.

"It's been a little disappointing that (the St. Louis Blues and I) haven't been able to get a deal done, obviously," Pietrangelo said, according to The Athletic's Pierre LeBrun. "But this is the situation that we're in, we're over three weeks away from Oct. 9 (the beginning of free agency). … There hasn't been much in terms of progress."

The 30-year-old signed a seven-year deal with the Blues in 2013 and has spent his entire career with the club that drafted him fourth overall in 2008. He's served as St. Louis' captain for four seasons.

Mark Giordano of the Calgary Flames won the Mark Messier NHL Leadership Award on Sunday, presented to the player who exemplifies great leadership qualities on and off the ice and who plays a leading role in his community growing the game of hockey.

"This is a huge honor for me and my family," Giordano said. "To have my name on an award, the Mark Messier Award … and knowing that (former Flames teammate) Jarome Iginla won this award as well, a guy that when I came into the League was my captain and my leader and learned so many great things from him on the ice, but more importantly off the ice, the way he treated people and acted in the community."

Giordano partnered with the Calgary Board of Education in 2014 to launch Team Giordano to promote improved physical fitness and academics, as well as leadership development, at five high-needs schools in the area. The initiative has raised $400,000 and impacted the lives of 2,900 students. Giordano also participated in other community endeavors, including the Flames literacy program, the You Can Play Project and the Calgary Pride Parade. He's also an ambassador for inclusion access and development of hockey through Calgary Flames Foundation programming.

The Calgary Flames are one of four teams that still don’t have permanent coaches in place, but that number could change soon. Sportsnet’s Elliotte Friedman reported on Hockey Night in Canada Saturday that while the Calgary Flames say there is “no comment” on the team’s coaching situation, there is a growing belief that the Flames will hire interim coach Geoff Ward as their permanent head coach soon.

“Word is beginning to seep out that it’s trending towards Geoff Ward returning as the head coach of the team for next season,” Friedman said.

After Bill Peters resigned as head coach on Nov. 29, the team handed the interim coaching reigns to Peters’ assistant, Ward, who took a struggling 12-12-4 team (good for fifth place in the Pacific Division) and led them to a 24-15-3 record, getting them into the playoffs.

Lou Lamoriello, whose off-season decision making and leadership helped steer the New York Islanders into the Eastern Conference Finals of the Stanley Cup Playoffs just two years after the departure of franchise cornerstone John Tavares, has been named the 2020 Jim Gregory General Manager of the Year Award winner.

Colin Campbell, the NHL’s senior executive vice president of hockey operations, and David Gregory — the son of the late Jim Gregory, who was inducted into the Hockey Hall of Fame in 2007 in the builders category, and after whom the General Manager of the Year Award was renamed in November 2019 — presented the award virtually on Saturday night.

Julien BriseBois of the Tampa Bay Lightning and Jim Nill of the Dallas Stars were the other two finalists.

Winners of the 2020 NHL Awards presented by Las Vegas will be announced throughout the 2020 conference finals and 2020 Stanley Cup Final.

The winner of the Jim Gregory General Manager of the Year Award will be announced Saturday by NBC, Sportsnet and TVA Sports during the pregame show for Game 4 of the Western Conference Final between the Vegas Golden Knights and Dallas Stars. The game starts at 8 p.m.

Here is a look at the three finalists, who were named Wednesday.

Julien BriseBois of the Tampa Bay Lightning, Lou Lamoriello of the New York Islanders and Jim Nill of the Dallas Stars are the finalists for the Jim Gregory General Manager of the Year Award.

The award is presented annually to the general manager who best excelled at his role during the regular season. It is voted on by the League's general managers and a panel of NHL executives and print and broadcast media after the second round of the Stanley Cup Playoffs.