Some MLB players are definitely struggling to adapt to the new rules and expectations that come with a mid-pandemic summer camp. Washington Nationals outfielder Eric Thames is one of them.

Thames said summer camp has been “terrible,” citing the various social distancing rules implemented by the league to reduce the likelihood of the virus being transmitted. 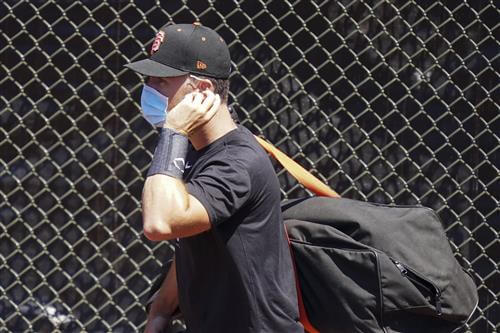 The San Francisco Giants are in true limbo behind the plate. Organizationally, they have one of the better catching situations in all of baseball. On the one hand, they have a tried-and-true franchise legend still under contract in Buster Posey. Not only was he the backbone of three, count ’em, three World Series titles, but he’s a class act and a fan favorite. In his prime, he was the platonic ideal of a franchise catcher. Admittedly, he is on the decline. Last season was the first since 2011 that the then-32-year-old didn’t make the All-Star team. He’s gone from a 130-start powerhouse behind the plate to more of a true timeshare 100-start guy. He also fell below 100 wRC+ for the first time in his career (save for his 7-game stint as a 22-year-old in 2009). And more to the point, he opted out of the 2020 season to care for his newly adopted twin baby girls. Again: class act.

So, yes, big picture, the Giants have an enviable catching corps. But they need to field the position for 2020, and that’s where things get a little sticky. Bailey, 21, has zero chance of jumping straight to the majors from college. He needs time in pro ball to develop.

Grichuk said an allegation from Aubrey Huff that Stroman once kicked 30 younger teammates out of a weight room so he could skip rope by himself "was a known story around players in the Jays team/system."

Stroman then wrote a scathing response that touched on Grichuk's disappointing on-field play in 2019.

"You've done nothing but talk about me behind my back," Stroman wrote. "Consistently. I've always kept my mouth shut and let it slide. Ask YOUR teammates and Canada who they [would] rather have on their team… you or me. I already know the answer. Continue to under achieve and talk s— about teammates!" 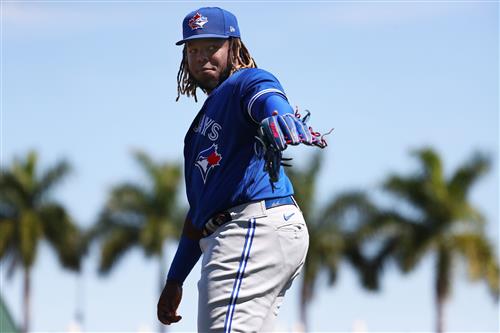 The Toronto Blue Jays are shifting Vladimir Guerrero Jr. across the diamond, moving the slugger to first base from third.

Blue Jays Manager Charlie Montoyo said Guerrero feels comfortable at first and the team has Travis Shaw ready to play third. Montoyo also said Guerrero will see time as a designated hitter. He didn’t rule out that he will play some third in the future.

“This is more about Vladdy and giving him a chance to succeed in a short season,” Montoyo said.

Guerrero hit .272 with 15 home runs and 69 RBIs in 123 games as a rookie, delivering a series of big swings en route to the finals of the All-Star Home Run Derby.

Michael Kopech, one of baseball's top pitching prospects, has decided to "not participate in the 2020 season," White Sox General Manager Rick Hahn said Friday in a statement.

“Michael Kopech has informed us of his decision to not participate in the 2020 season," Hahn said. "We recognize that reaching this decision is incredibly difficult for any competitive athlete, and our organization is understanding and supportive. We will work with Michael to assure his development continues throughout 2020, and we look forward to welcoming him back into our clubhouse for the 2021 season.”

Kopech was excused from team activities last Friday, and Hahn said at the time he didn't have a timeline for the pitcher's return.

Chicago Cubs prospect Adbert Alzolay recently complained via Twitter about the payment for members of the taxi squad during MLB's shortened season, and while the tweets have been deleted, team president of baseball operations Theo Epstein said Friday that he agrees with the pitcher.

"The fact still remains that minor-league players are underpaid," Epstein told reporters, according to 670 The Score's Chris Emma. "It's not an ideal situation for them. But on top of what's being provided from the meal money and the salaries, two meals a day at the ballpark, and the housing, there's also a full staff of people that are putting themselves in harm's way to really make sure the players are well taken care of – their health, their safety, and also their comfort. And that staff has really done a phenomenal job of taking care of the players."

Major League Baseball didn't test any of its players for COVID-19 before they flew from the Dominican Republic to Miami, according to Jesse Dougherty of The Washington Post.

Many of the players on board the two charter flights later tested positive for the virus. Some of them were asymptomatic at the time of the flight but then tested positive during intake screening with their respective teams, the league confirmed to Dougherty.

Over 160 people – including players and team staff members – boarded the charter flights from the Dominican to Miami on July 1.

"Testing 160 asymptomatic players in the Dominican Republic would have diverted substantial resources away from the Dominican health care system, where the availability of laboratory equipment is scarce, and would have required an exception to the country's criteria for testing, which was not something we were prepared to do," MLB said in a statement.

Jason Varitek found himself in a similar position Thursday — behind the plate at Fenway Park.

Varitek served as the home-plate umpire as the Boston Red Sox held their first intrasquad game of the MLB’s Summer Camp. The former Red Sox captain, now a special assistant, called balls and strikes while wearing the traditional umpire blue.

Varitek’s performance even gathered some praise from Red Sox manager Ron Roenicke and pitcher Nathan Eovaldi, who pitched four innings during the scrimmage.

The MLBPA reportedly informed players Tuesday that the intake round of COVID-19 testing returned 66 positive results, split between 58 players and eight staff members, according to Marly Rivera of ESPN.

A total of 3,740 tests were conducted. The second phase of testing—the "monitoring phase"—has begun, with the opening round of saliva tests coming back with 10 positive results (eight among players) from 2,111 tests.

However, the testing protocols haven't gone completely smoothly since being implemented. The Washington Nationals, Houston Astros, St. Louis Cardinals and San Francisco Giants were all forced to cancel workouts after they didn't receive test results back in time to safely proceed.

New York Mets owner Fred Wilpon is doing his best to sell the MLB team before the end of the calendar year. We’ve read about some big-name individuals looking to put groups together to buy the National League franchise.

That has obviously included the power couple of Alex Rodriguez and Jennifer Lopez. We now have some more information on this, courtesy of Jon Heyman of MLB Network.

Bids for the Mets are expected to be submitted by Thursday, sale price could be $2 billion

That’s at least five groups looking to bid on the Mets. What’s most interesting here is that Forbes’ latest team valuation projections have the organization worth $2.4 billion. It seems that the COVID-19 pandemic and associated economic downturn has played a role in this.