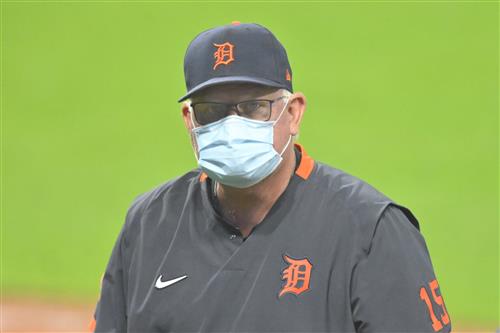 Ron Gardenhire on Saturday announced his retirement, effective immediately, after three seasons as the Tigers manager and a 16-year Major League managerial career. Gardenhire, 62, finishes his managerial career with 1,200 wins, which ranks 46th in MLB history.

END_OF_DOCUMENT_TOKEN_TO_BE_REPLACED 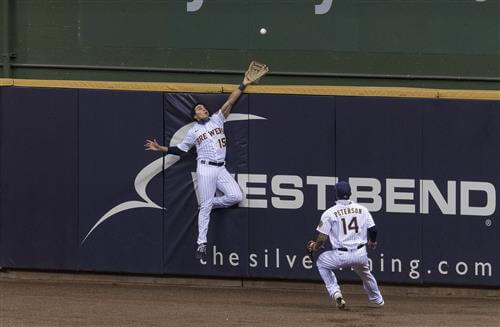 Three people at the Brewers’ alternate training site, including a pair of players, have tested positive for COVID-19, reports Ken Rosenthal of the Athletic (Twitter link). Everyone else who was at the site is in quarantine while being tested daily, Rosenthal adds.

END_OF_DOCUMENT_TOKEN_TO_BE_REPLACED 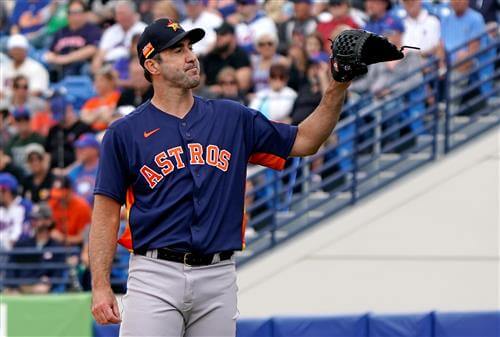 END_OF_DOCUMENT_TOKEN_TO_BE_REPLACED

For most of the 2020 season, Gary Sanchez has struggled. The New York Yankees‘ starting catcher has a .145/.253/.374 line with a .274 wOBA and a 69 wRC+ in 41 games and 150 plate appearances, and there is a good chance he finishes the season below the Mendoza line. That’s fine, though, because all indications are that the worst of the slump is already behind him. The Kraken is starting to break out of his funk.

END_OF_DOCUMENT_TOKEN_TO_BE_REPLACED

Among the trades the Red Sox made leading up to the trade deadline, Boston sent outfielder Kevin Pillar to the Rockies in exchange for a player to be named later. As we covered at the time, PTBNL’s this season were not really analogous to those in the past, as 2020’s rules dictated that only players on a club’s 60-man player pool could be officially dealt. As such, the players were known by both sides but could not be announced until either they were added to a 60-man player pool or the season concluded.

The Orioles announced that they have acquired shortstop Isaac De Leon from the Marlins. De Leon was the player to be named later in the teams’ Aug. 1 trade centering on left-hander Richard Bleier. He’ll join Baltimore’s 60-man player pool.

END_OF_DOCUMENT_TOKEN_TO_BE_REPLACED

Long-time right-hander Ubaldo Jimenez announced his retirement from the majors on Thursday after a 12-year career.

END_OF_DOCUMENT_TOKEN_TO_BE_REPLACED

The Rangers have granted right-hander Luis Garcia free agency, per a team announcement. The club previously designated Garcia for assignment on Tuesday, but the reliever subsequently cleared waivers.

END_OF_DOCUMENT_TOKEN_TO_BE_REPLACED 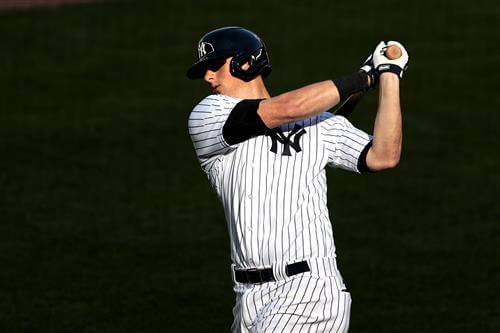 In 2019, New York Yankees infielder DJ LeMahieu fell just short of Tim Anderson for the AL batting title. Now in 2020, LeMahieu is at it with Anderson once again for the title.

END_OF_DOCUMENT_TOKEN_TO_BE_REPLACED 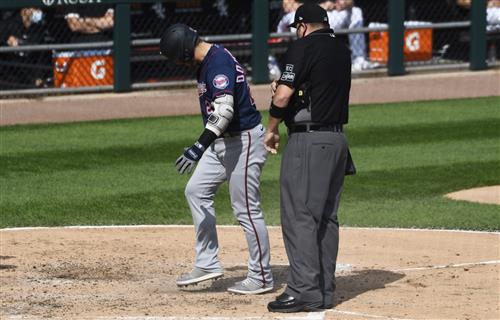 Josh Donaldson knows how to get ejected in style.

END_OF_DOCUMENT_TOKEN_TO_BE_REPLACED

The Chicago White Sox are headed to the postseason for the first time since 2008 after beating the Minnesota Twins 4-3 Thursday at Guaranteed Rate Field.

END_OF_DOCUMENT_TOKEN_TO_BE_REPLACED

Welcome to the second edition of theScore's 2020 Major League Baseball Cy Young Award rankings, in which we pick the top five pitchers from each league.

END_OF_DOCUMENT_TOKEN_TO_BE_REPLACED

The Los Angeles Dodgers are headed back to the postseason.

END_OF_DOCUMENT_TOKEN_TO_BE_REPLACED

Major League Baseball’s 2021 Spring Training will begin on Feb. 27 in Florida and Arizona with each of the 30 clubs in action on the first day of exhibition play, officials said on Wednesday.

END_OF_DOCUMENT_TOKEN_TO_BE_REPLACED

As Andrelton Simmons enters what may be the final two weeks of his five seasons with the Angels, he says he has enjoyed his time with the Angels, but he isn’t ready to start the campaign to return.

END_OF_DOCUMENT_TOKEN_TO_BE_REPLACED

The Toronto Blue Jays have traded right-handed pitcher Justin Miller to the Cincinnati Reds in exchange for international cap space.

END_OF_DOCUMENT_TOKEN_TO_BE_REPLACED

With J.T. Realmuto and Rhys Hoskins injured and uncertain of when they will return, the Phillies have purchased a couple of insurance policies.

END_OF_DOCUMENT_TOKEN_TO_BE_REPLACED 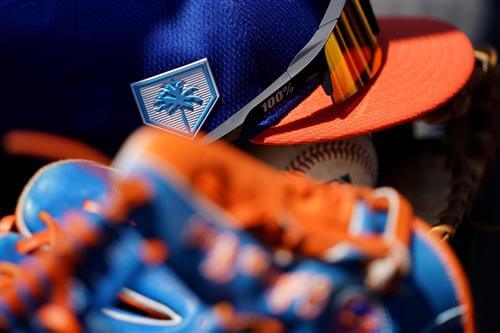 Steve Cohen has come to terms with the owner of the New York Mets, Sterling Equities, which is controlled by the Wilpon and Katz families, to guy the baseball team for $2.42 billion. The price is within 1% of our $2.4 billion valuation of the Mets in April.

Cohen has an agreement to buy the Mets for $2.6 billion earlier this year, but the deal blew up over a disagreement between the hedge fund billionaire and the Wilpons over the timing of Cohen taking over the day-to-day operations of the team. We figured given the huge losses from having no fans in the ballparks this season Cohen would pay less for the team.

The Atlanta Braves have agreed to a minor-league deal with Pablo Sandoval, according to Jon Heyman of MLB Network.

The 34-year-old third baseman will report to the team's alternate training site, notes Heyman. The San Francisco Giants released Sandoval last week after he hit .220/.278/.268 with one homer over 33 games this season.

Teams control the alcohol. So that is one area MLB will not worry about as it insists on clinching celebrations that are more restrained, distant and outdoors.

The league was still finalizing a memorandum it expects to deliver to clubs and players this week in which it will urge — against history and human nature — that all involved remember that a pandemic still ensnares the country and to limit contact after clinching a division, a playoff spot or a postseason series.

It is another miserable element from 2020. Players dream about the dog-pile moments, the eye-burning joy of a champagne celebration, the collaborative exultation in commemorating a great team achievement. And all the prodding and fining could mean little against history, spontaneity and euphoria. When Alec Mills threw a no-hitter Sunday he was swarmed by Cubs teammates. 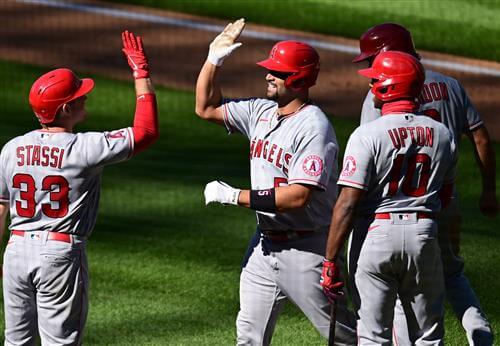 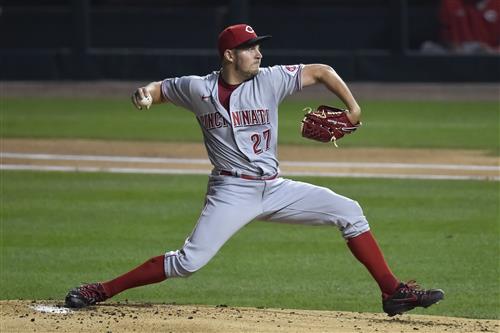 Even if it came during a shortened 2020 season, Reds starting pitcher Trevor Bauer still covets the chance to win a National League Cy Young Award.

Bauer entered Sunday second in the NL to Jacob deGrom in ERA, fifth in strikeouts, first in WHIP, second in opponents’ batting average and sixth in FIP. His next start will be on Monday during one of the doubleheader games vs. the Pirates.

The last time Bauer had a chance to win the Cy Young Award was in 2018 for Cleveland in the American League. He was one of the leading candidates for much of the season but went on the injured list in August with a stress fracture in his right fibula. Bauer wasn’t even a finalist for the award, which went to Tampa Bay’s Blake Snell.

“It was a little bit frustrating because I didn’t get a chance to finish off that season and really compete for it — even though when you look at my numbers at the end, they were fairly comparable to Blake Snell’s, but I had just missed the last six weeks,” Bauer said on Sunday. “That’s been a frustrating point in my career, and it’s stuck with me. I’m thankful that I’m in that position again, and hopefully I’m able to complete my last three starts and actually compete for it.”

Bauer, a free agent after this season, will likely be scoreboard-watching as he goes up against the Mets’ deGrom, the Cubs’ Yu Darvish, the Braves’ Max Fried and the Brewers’ Corbin Burnes.

Chicago Cubs right-hander rookie Alec Mills has thrown a no-hitter against the Milwaukee Brewers, the second of the shortened MLB season.

The NL Central leading Cubs throttled the Brewers 12-0 as Mills struck out five and walked three. Mills, 28, entered the day with a 4.74 ERA in 43 2/3 innings across eight starts. It’s his first year as a full-time starter in the Cubs rotation.

Aroldis Chapman had a clean top of the ninth inning for the Yankees in Saturday’s 2-1 win over the Baltimore Orioles, striking out two hitters and keeping the game tied.

But after getting Renato Nunez to fly out to right field for the first out of the inning, Aaron Boone had to go out to the mound and talk to Chapman, who looked to be in some distress.

Chapman stayed in the game and even struck out the next two batters he faced. Afterwards, Boone was asked why he went out to talk to Chapman in that spot, and as it turned out, Chapman may have needed a trip to the restroom.