This is becoming an alarming theme around the college football world with the 2020 season slated to get going late next month. Multiple football teams seeing outbreaks of COVID-19 during workouts. We can add another Big Ten squad to the mix.

Despite this being about a 5% positive test rate, those in charge in Maryland decided canceling workouts made the most sense. We really can’t blame them given the direction the COVID-19 pandemic is taking in the United States right now.

SEC Commissioner Greg Sankey said Saturday the power brokers of college football are "running out of time to correct and get things right" to complete the 2020 season during the coronavirus pandemic.

Sankey said on ESPN Radio's Marty and McGee (h/t Andrea Adelson) that his concern about whether the campaign can safely take place is "high to very high" and added:

"We put a medical advisory group together in early April with the question, 'What do we have to do to get back to activity?' and they've been a big part of the conversation. But the direct reality is not good and the notion that we've politicized medical guidance of distancing, and breathing masks, and hand sanitization, ventilation of being outside, being careful where you are in buildings. There's some very clear advice about—you can't mitigate and eliminate every risk, but how do you minimize the risk? … We are running out of time to correct and get things right, and as a society we owe it to each other to be as healthy as we can be."

The structure of the college football season has already started to evolve. The Big Ten and Pac-12 announced their intention recently to play conference-only schedules.

As a college football fan, would you rather the season unfold this fall with no fans in attendance or kick off in the spring in front of fans?

In an effort to help formulate its game plan, the Clemson Athletics Department would like to know.

That question — framed as a worst-case scenario — was among 23 queries posed in a Clemson Athletics Fan Outlook Survey that was delivered Thursday via email to IPTAY season ticket holders for 2020.

Both the composition and duration of Clemson’s 2020 football schedule remain in question as the COVID-19 pandemic persists. The Big Ten announced on Thursday that its football teams would play conference games only this season, and Friday the Pac-12 adopted a similar strategy.

The ACC has said it will make a decision in late July.

Toledo is doing what it can for those close to one of its fallen football players.

According to reports coming out of the area Wednesday, a man was shot dead following an argument outside of a pizza joint in the city.  It was subsequently confirmed that the victim was Rockets defensive lineman Jahneil Douglas.

“The University and all of Rocket Nation mourn the death of junior football player Jahneil Douglas, who was shot in an incident in Toledo last night,” UT’s athletic department wrote in a tweet.

Subsequent to that, Toledo head coach Jason Candle issued his own statement on the 22-year-old Douglas’ death.

The Pac-12 announced on Friday that commissioner Larry Scott has tested positive for the coronavirus, but it sounds like he is doing OK.

The conference released a statement about the situation, saying Scott got tested after experiencing mild flu-like symptoms.

In one of the gloomiest days in recent college football memory, Troy Dannen, if he looks hard enough, can find the glass at least fractionally full. In these dark pandemic times, he’ll accept even a small trace of liquid lining the bottom of the cup.

As Tulane’s athletic director, he oversees one of the rare Group of Five programs to not have scheduled this season what’s termed as a “buy game” against a Power 5 school, where in which big brother writes a hefty check to little brother for what’s usually a beatdown. As college football moves closer and closer toward a season in which non-conference games won’t exist, Dannen, unlike many of his colleagues, is in the clear.

“Fortunately, we didn’t schedule one this year, so we’re not relying on it to balance our budget,” he says, and then reality sets in, “but we are relying on football games.” 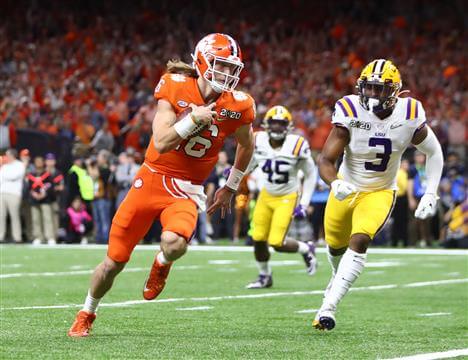 If mirrored across the rest of the Bowl Subdivision, the decision made by the Big Ten to play only league opponents during the coming season will remove the non-conference games that help inform the national reputations of teams and conferences.

In the end, these sorts of marquee matchups can dictate where teams fall in the final College Football Playoff rankings, impacting the makeup of the national semifinals and New Year’s Six bowls.

“Clearly there will be challenges this year, and we will see what those challenges are and work through them,” College Football Playoff executive director Bill Hancock told USA TODAY Sports.

The Big Ten announced on Thursday that they will be playing a conference-only schedule for college football in the fall. Their announcement reportedly bothered other school administrators.

SI’s Ross Dellenger reported on Thursday that some administrators were “perturbed” by the conference’s announcement, describing it as covert.

Across the country, there are some perturbed administrators at the Big Ten's announcement, which many described as covert. There's a scheduled FBS commissioners meeting tomorrow. One source: "Why couldn't they have just waited and until then?" College football needs a czar.

The Big Ten has announced it will cancel all non-conference sporting events this fall and proceed with conference-only scheduling. It's a move many predicted and it is almost certain to force the rest of country to follow suit. Obviously this will have the biggest impact on college football.

It looks like the ACC is set to follow the Big Ten's lead and go with a conference-only slate, and the Pac-12 may not be far behind:

With a pandemic raging, this obviously makes sense. Theoretically it would cut down on travel and potentially either delay the start of the season — which usually features a few weeks of non-conference games — or give teams more time off during it. 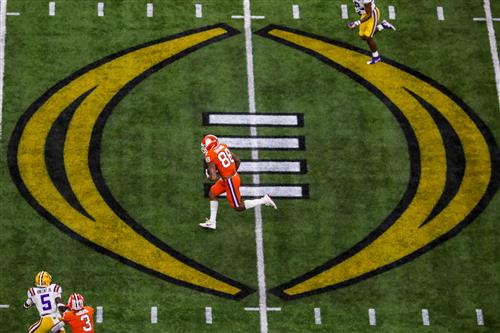 Back in March, the Ivy League was the first to cancel its college basketball conference tournament, setting off a chain reaction of many other conferences doing the same amid the coronavirus pandemic. Ultimately, March Madness was canceled. On Wednesday, the Ivy League announced that they will not be playing sports in the fall. They did not say whether the sports could be played next year.

Though the league’s decision could signal what will be coming for other conferences, the circumstances of this situation are different.

The Ivy League generated about $30.1 million in football revenue in 2019, compared to about $1 billion for the Big Ten last year.