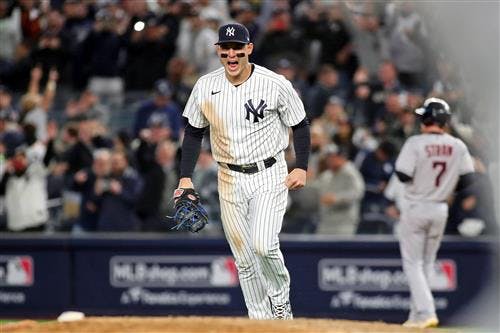 Anthony Rizzo is re-signing with the New York Yankees on a multi-year deal worth up to $51 million, a source told ESPN on Tuesday.

Rizzo will make $34 million over the next two seasons plus a club option for 2025 that includes a $6 million buyout, a source told ESPN's Jeff Passan, brining the total to $40 million guaranteed. His 2025 option is for $17 million.

Acquired from the Chicago Cubs at the 2021 trade deadline, Rizzo returned to New York for the 2022 season on a two year, $32 million deal which included an opt out after the first year.