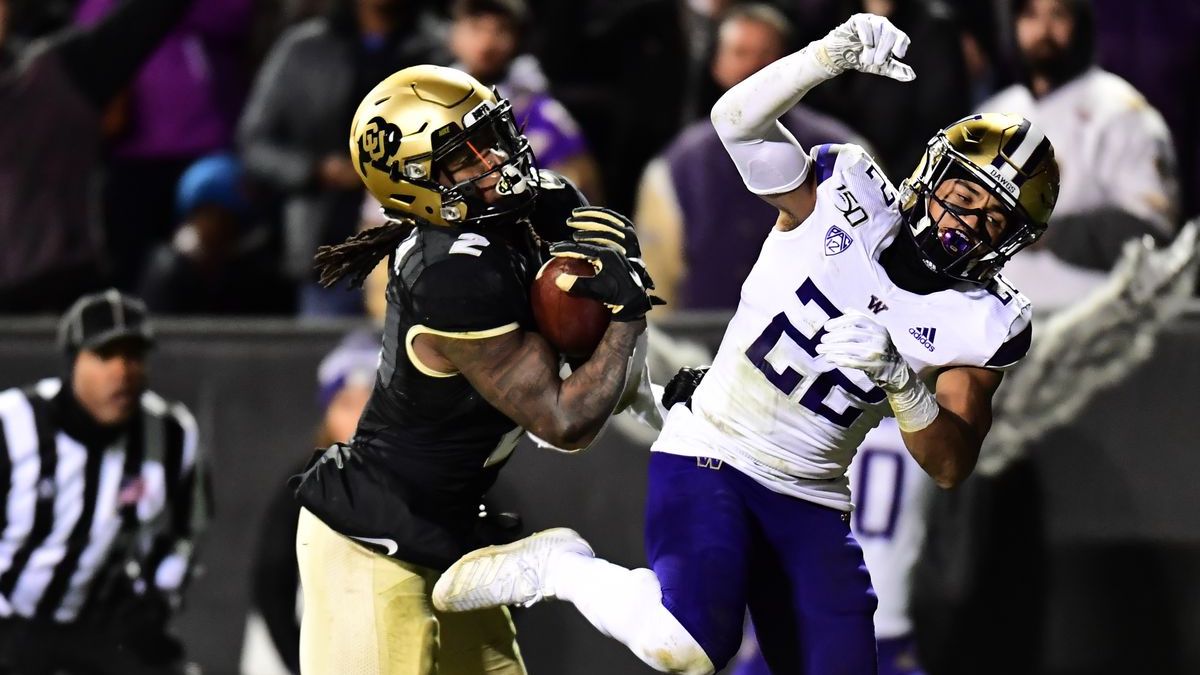 The Colorado Buffaloes and the Washington Huskies meet in college football action from Husky Stadium on Saturday.

The Washington Huskies will look to build on their current four-game win streak after a 37-34 win over Oregon last time out. Michael Penix Jr. has thrown for 3,640 yards, 25 touchdowns and 6 interceptions on 67.1% passing while Wayne Taulapapa has a team-high 546 rushing yards with 7 TDs and Cameron Davis has a team-high 11 rushing touchdowns. Rome Odunze has a team-high 63 grabs for 914 yards and 6 touchdowns while Jalen McMillan has 57 grabs for 792 yards with 6 scores and Ja’Lynn Polk also has 528 receiving yards and 5 TDs as well this season. On defense, Alex Cook has a team-high 65 total tackles including 44 solo tackles while Bralen Trice has a team-high 7 sacks and Jeremiah Martin is right behind with 6.5 sacks. Washington’s defense as a whole has combined for 27 sacks and 6 interceptions so far this season.

I get the case to be made for a sizeable underdog here, but Colorado’s been the worst team in the Pac 12 by a mile and maybe of all the power conferences this year as they’re getting run over like roadkill. Washington tends to do their best work at home this season and maybe it’s a fade of the Buffaloes more than anything else, but I’ll side with Washington here.