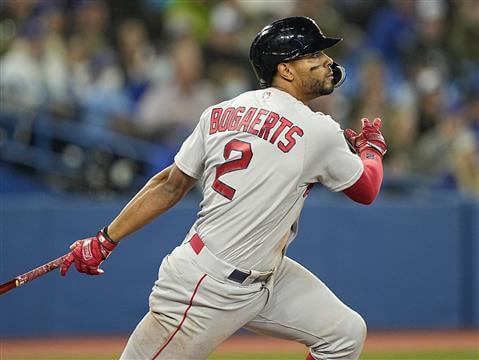 The Boston Red Sox created an interesting dynamic in their infield this offseason when they signed free-agent shortstop Trevor Story to a lucrative contract, with incumbent Xander Bogaerts already on the roster. While the Red Sox have made things work between the two, with Bogaerts manning short and Story at second, Boston hasn’t been as successful as a team, as they currently sit in last place in the American League East, conjuring early thoughts about the trade deadline. Bogaerts, who has an opt-out in his contract at the end of this year, failed to agree to a long-term extension this offseason. Meanwhile, the St. Louis Cardinals, who are in second place in the National League Central, just so happen to have a vacancy at shortstop after optioning Paul DeJong to the minors.

As such, the Cardinals would seem to be a fine landing spot for Bogaerts if Boston ultimately opted to deal him. In fact, MLB Network’s Jon Morosi has tabbed the Cardinals as a possible trade destination for the Red Sox star.