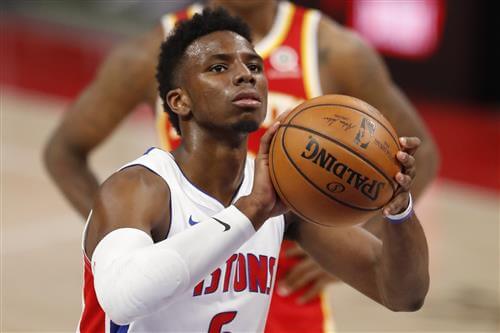 The young guard and the Detroit Pistons agreed to a two-year, $10.4 million contract on Thursday,  his agents Thad Foucher and Joe Smith told ESPN's Adrian Wojnarowski.

It isn't a surprise the Pistons are invested in Diallo. They traded Sviatoslav Mykhailiuk and a future second-round pick to acquire him ahead of the March trade deadline, and general manager Troy Weaver expressed a desire to keep him around after the season: