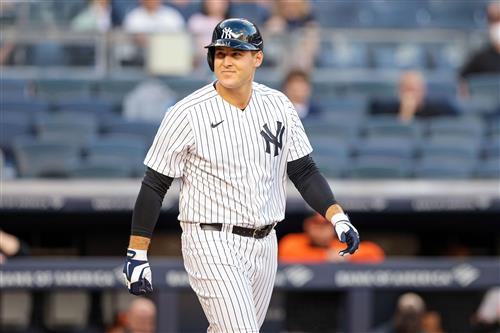 Anthony Rizzo, who as a Chicago Cub said he chose not to receive the COVID-19 vaccine because he was “taking some more time to see the data,” tested positive for the coronavirus, New York Yankees manager Aaron Boone said Sunday.

Rizzo, a cancer survivor who is celebrating his 32nd birthday Sunday, was traded from the Cubs to the Yankees on July 29, providing an almost immediate lift to the Bronx Bombers. They have won eight of nine games since his acquisition, moving within 1 ½ games of a playoff spot, and he's hit three home runs with a .963 OPS in nine games with the Yankees.

Boone said on a call with reporters that Rizzo was experiencing light symptoms.

A fan favorite in Chicago, where he made three All-Star teams and helped the Cubs to the 2016 World Series title, Rizzo came under scrutiny when he acknowledged in a radio interview that he had not received the vaccine.