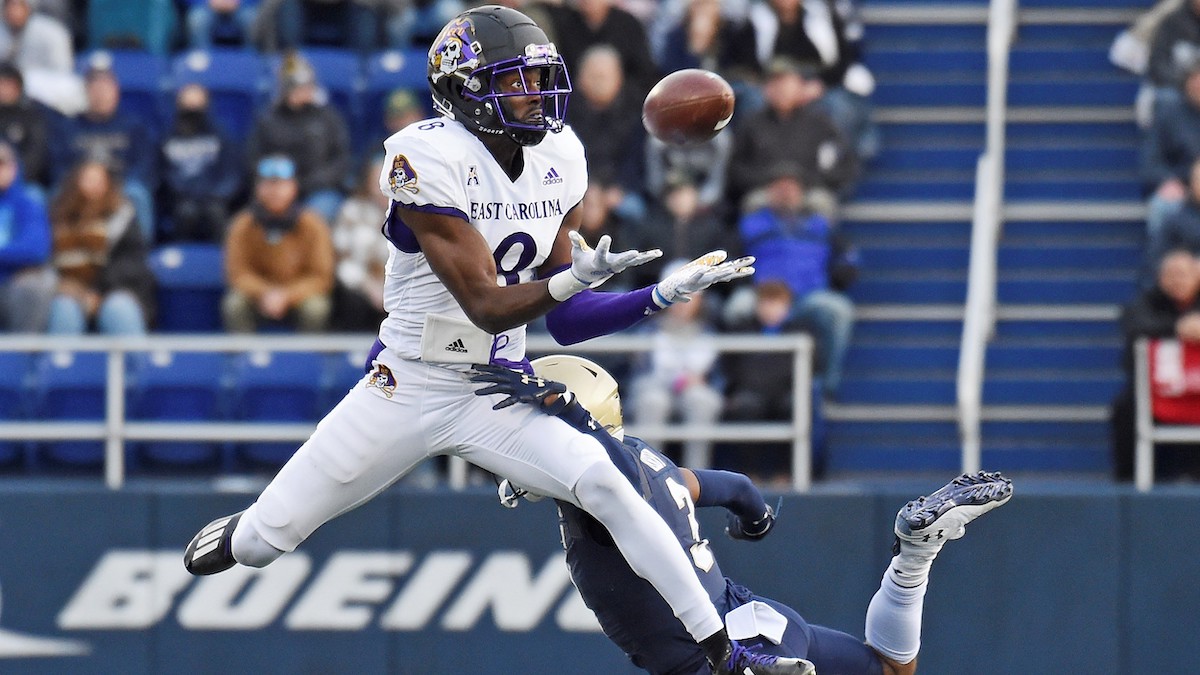 The Navy Midshipmen and the East Carolina Pirates meet in week 4 AAC conference action from Dowdy-Fickien Stadium on Saturday evening.

The East Carolina Pirates will hope to improve on their 2-1 record after a 49-10 beatdown of Campbell last time out. Holton Ahlers has thrown for 800 yards, 7 touchdowns and 2 interceptions on 67% passing while Keaton Mitchell leads ECU’s ground attack with 381 rushing yards and 3 TDs while Rahjai Harris has 123 rushing yards and 4 scores. Isaiah Winstead has a team-high 17 grabs for 259 yards while Jaylen Johnson and C.J. Johnson each have 100+ receiving yards as well this season. On defense, Juan Powell and Teagan Wilk lead the Pirates with 19 total tackles with Powell posting a team-high 13 solo tackles while Shaundre Mims has 1.5 sacks and the ECU defense has 3 interceptions.

I get the reasoning for backing Navy here as the Middies run that option offense that can chew up a lot of clock and make it hard for teams like ECU to have trouble covering these decent-sized numbers. However, Navy’s struggled to put up any points so far this season, while East Carolina’s scored 88 points in their last two games against inferior opposition, similar to what they’re up against here. I think this one ends up 38-17 ECU, so give me the Pirates laying the big number here.