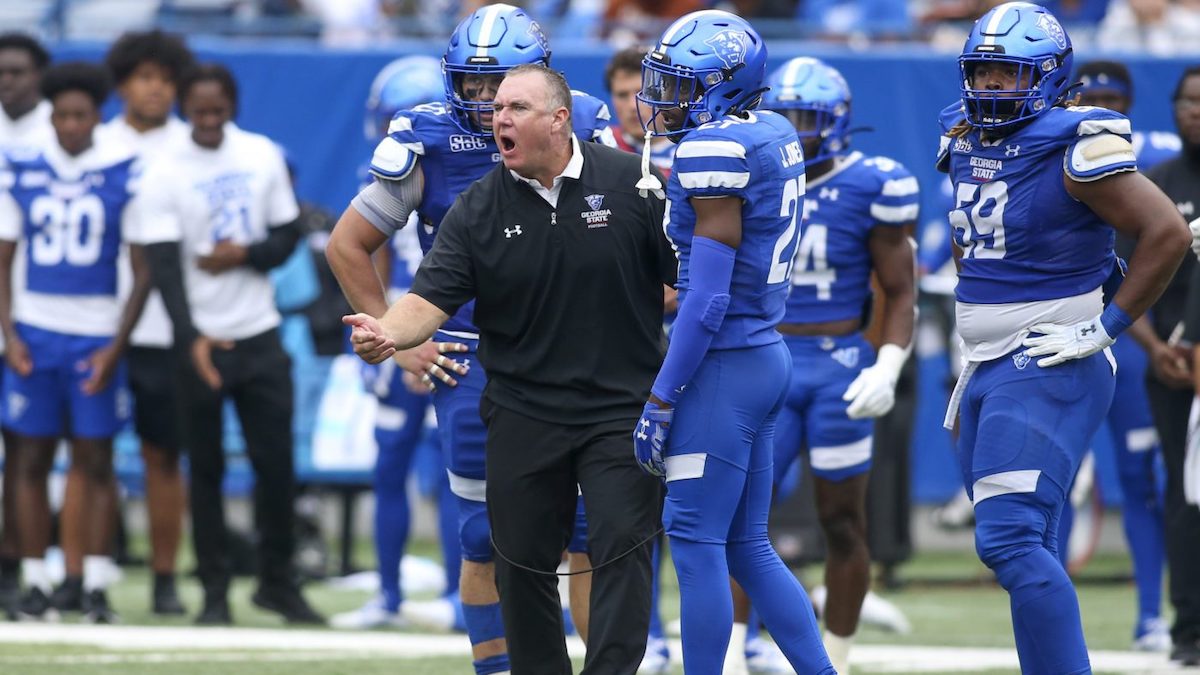 The Georgia State Panthers and Coastal Carolina Chanticleers clash Thursday in week 4 Sun Belt college football action from Turner Field. The Chanticleers are fresh off a matchup versus Buffalo. In that one Coastal Carolina posted a 12-point victory. As for Georgia State, they just finished up against Charlotte. In their game the Panthers took a tough one-point loss.

Coastal Carolina kicked off their 2022 college football season versus Army. The opener went well for the Chanticleers and they managed a 38-28 win. In game two versus Gardner-Webb it was a closer 31-27 outcome but still another win for Coastal Carolina.

In game three versus Buffalo, the Chanticleers were down 16-14 at the break but then scored 21 points in the final quarter for a 38-26 win. QB Grayson McCall put up three scores with 251 pass yards, and CJ Beasley led the rush with 89 yards and a TD from nine carries.

Back on Saturday versus Charlotte, Georgia State trailed by one point at halftime and couldn’t make up the deficit in a tough 42-41 defeat. Darren Grainger threw for 343 yards with four scores and a pick, while Tucker Gregg was tops in rushing with 100 yards and two TDs.

PICK: I might take a stab on Georgia State here. The Panthers offense went off in the Charlotte loss, posting 602 total yards, 34 first downs, a 10-of-15 rate on third-down tries and 259 rush yards. Trouble is, Georgia State committed 11 penalties, two turnovers and allowed 501 total yards. Still, another big performance like that and I think he Panthers can stay in range.

As for Coastal Carolina, they had 504 total yards themselves but they’ve also got some things to clean up—mainly the four fumbles and the 20:54 in time of possession. The Chanticleers should post another solid effort here, though.