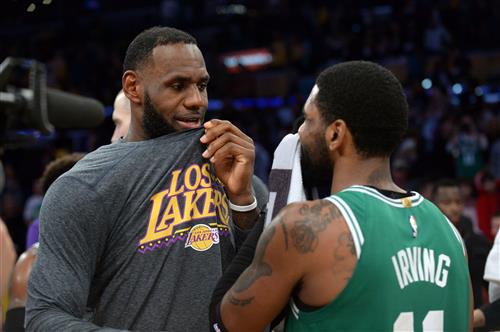 The Kyrie Irving saga keeps getting better by the day, as we keep learning more details about what could happen with the Brooklyn Nets point guard. Kyrie and the Nets had an impasse that opened the door for new opportunities for the veteran guard, and now everybody could make a run for him.

The 2022 NBA free agency is around the corner and now 29 teams have chances to land Irving. Some say the Los Angeles Lakers have the upper hand in this situation, but there's a catch if they want to link up with Kyrie. He'll need to take a $30 million pay cut to join the Purple and Gold, which is hard to see right now.

Still, many people believe the 17-time NBA champions have a legit shot at this, and recent rumors only fuel this notion. According to NBA insider Marc Stein, people around the league claim that Kyrie has already contacted LeBron James to team up in Los Angeles next season.