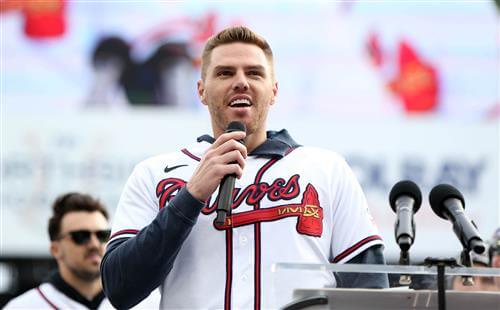 Freddie Freeman is one of the most intriguing free agents this offseason. The lifelong Atlanta Braves first baseman wants to return to the only team he has played for. But he is keeping all options open.

Freeman met with the New York Yankees, Jon Heyman reported on Monday. Though Freeman is the name that stands out, Heyman says the Yankees met with representatives for all the top left-handed hitting first basemen.