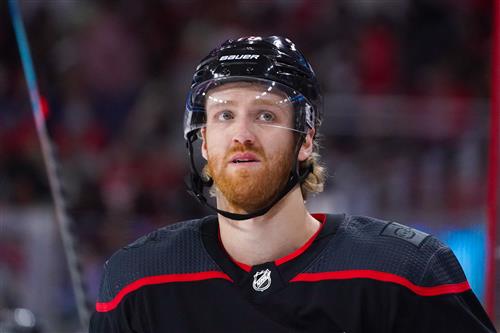 After a busy start to the NHL offseason, most teams around the league have been relatively quiet over the last few weeks. As a result, it’s a good time to reflect on the offseason so far and determine which teams have set themselves up for success.

Below, we rank the five biggest winners of the 2021 NHL offseason.

This could be a controversial pick but it comes down to how much salary the Canucks were able to shed, while still improving their team in the process. They dealt Nate Schmidt and bought out Braden Holtby to clear cap space, while also managing to offload a whopping $12 million of bad contracts in their blockbuster deal with the Coyotes. They gave up the ninth-overall pick and a second-round pick in the process, but made a massive addition to their blue line in Oliver Ekman-Larson and also added Conor Garland, who should be a key piece of the forward group. The Canucks also made some smaller moves, adding Jarsolav Halak, who should be a cheap upgrade over Holtby, as well as trading for Jason Dickinson and re-signing Travis Hamonic.

Obviously, the success of their offseason does rely on also getting Quinn Hughes and Elias Pettersson re-signed. That said, the Canucks still have time and provided they find a way to get both deals done ahead of the season, the Canucks look poised to be a much stronger team.

The defining move of the Blue Jackets’ offseason was without question the Seth Jones trade. Despite everyone knowing that Jones wasn’t going to sign an extension though, the Blue Jackets managed to get back a massive return, which included defenseman Adam Boqvist, the 12th overall pick in this year’s draft – which was used to select forward Cole Sillinger – as well as Chicago’s first-round pick next year and a second-round pick, which was used to acquire defenseman Jake Bean from the Carolina Hurricanes. The trade was a clear win for the Blue Jackets, despite the organization not having a ton of leverage.

Columbus also locked up defenseman Zach Werenski to a long-term deal and then in another major trade, the Blue Jackets acquired Jakub Voracek, in exchange for Cam Atkinson. Voracek should be quite a bit more productive than Atkinson offensively and considering the team had the cap space to take on Voracek’s contract and his deal also expires a year before Atkinson’s would, the move made sense.