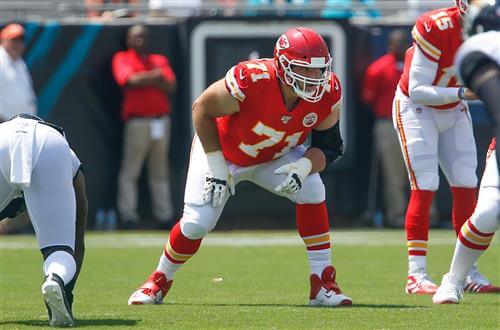 The 2021 NFL season is nearly here. The preseason has ended, and teams had to trim rosters to 53 players by Tuesday.

While most have solidified the cores of their squads, we can expect a bit more shuffling between now and Sept. 9. With a bevy of quality free agents hitting the waiver wire and the open market on Tuesday, some last-minute additions are sure to come.

Which players might your favorite team have its eye on? Here, we'll examine the top nine available free agents and rank them based on factors like past production, upside and positional value.

Running back is arguably the easiest position to fill late in the draft or off the waiver wire. This is why Todd Gurley ranks at the bottom of our list despite being a three-time Pro Bower and only 27 years old.

It doesn't help that he has averaged fewer than four yards per carry over the past two seasons.

Still, Gurley is capable of handling a sizable workload—he logged 195 carries with the Atlanta Falcons last year—and is worth a look.

The Baltimore Ravens jump out as a terrific landing spot. They led the NFL in rushing attempts last season and recently lost second-year back J.K. Dobbins to a season-ending left ACL tear. According to NFL Media's Ian Rapoport, the Ravens have had discussions with Gurley but are sticking with their current backs for the time being.

Gurley would also make sense for the Miami Dolphins. Miami does not have a workhorse running back on its roster and could reunite Gurley with former Los Angeles Rams backup Malcolm Brown.

Safety Ha Ha Clinton-Dix lands low on our list mostly because he didn't play in 2020. He was cut by the Dallas Cowboys just before the start of the regular season and hasn't played a meaningful game since.

Clinton-Dix signed with the San Francisco 49ers this offseason but was released Tuesday.

Still, he is only 28 years old and brings a lot of positional versatility to the table. Having played both strong and free safety in the NFL, Clinton-Dix can provide valuable depth in a secondary.

The Jacksonville Jaguars are one team that could use an experienced former Pro Bowler (2016). Jacksonville is a young, rebuilding squad that ranked 27th against the pass and 31st in total defense last season.

The Cleveland Browns could also make sense, as 2020 second-round pick Grant Delpit continues to work his way back from a ruptured Achilles and, more recently, a hamstring injury.

Players who can pressure the quarterback are always going to have value, which is why defensive end Ifeadi Odenigbo makes the list despite having only 15 career starts. Over the past two seasons with the Minnesota Vikings, Odenigbo produced 10.5 sacks and 44 quarterback pressures.

The New York Giants picked up Odenigbo in free agency but released him as part of their final roster cuts.

A return to Minnesota could make sense, given Odenigbo's familiarity with the defensive system. He was a seventh-round selection out of Northwestern by the Vikings in 2017. While he didn't make the active roster as a rookie and was waived before the 2018 season, he returned and played 31 games for the Vikings over the last two years.

Odenigbo would also make sense for the Las Vegas Raiders, who amassed a mere 21 sacks in 2020.

Las Vegas already added Yannick Ngakoue and Solomon Thomas this offseason, along with rookie third-round pick Malcolm Koonce, to help bolster its pass rush. However, Odenigbo has shown that he can be a productive rotational edge defender and would be a smart pickup for the Raiders.