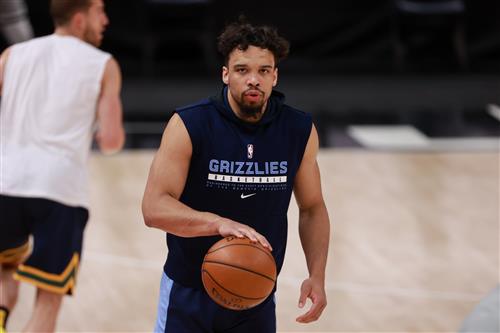 The Memphis Grizzlies have made several transactions this offseason. They have been very active on the trade market, making trades during the 2021 NBA Draft and in free agency.

Memphis’s first trade was with the New Orleans Pelicans, in which they acquired Eric Bledsoe, Steven Adams, Wesley Iwundu and a 2022 first-round pick via the Los Angeles Lakers in exchange for Jonas Valanciunas. The teams also swapped first and second-round picks in the 2021 NBA Draft.

Two more trades were completed by Memphis during the second round of the 2021 NBA Draft. Bledsoe was later flipped to the Los Angeles Clippers in a deal that landed Patrick Beverley, Rajon Rondo and Daniel Oturu in Memphis.

Beverley wasn’t on the roster long, as he was moved again to the Minnesota Timberwolves in exchange for Juancho Hernangomez and Jarrett Culver. But, that deal cannot become official until the Grizzlies open up one roster spot. Could that mean another trade is on the horizon?

According to Chris Fedor of The Plain Dealer, Dillon Brooks and Kyle Anderson are both available for the right price. Both Brooks and Anderson have been productive for the Grizzlies and are on team-friendly deals. Brooks has two years remaining while Anderson is on an expiring deal.

Both should draw plenty of interest on the trade market. Which teams could be interested in Brooks? Here are three teams who should target the former Oregon product.

The Orlando Magic have a lot of intriguing young talent on their roster. Markelle Fultz, Cole Anthony and RJ Hampton are all good pieces in the backcourt, and they added Jalen Suggs with the fifth pick of the 2021 NBA Draft to the mix. In the frontcourt, Mo Bamba, Jonathan Isaac, Chuma Okeke and Wendell Carter Jr. are solid building blocks as well.

But, the one thing missing from the team is a young wing to build around. They selected Franz Wagner with the ninth overall pick in the 2021 NBA Draft, but he is essentially the only wing on the roster along with Terrence Ross.

Balancing out the roster and adding a player such as Dillon Brooks would be a prudent move. They could look to relieve a logjam at another position in the process.

Brooks would bring some experience to a Magic team looking to take the next step in their rebuild. Only 25-years old himself, he is young enough to be a piece of their core into the future as well.