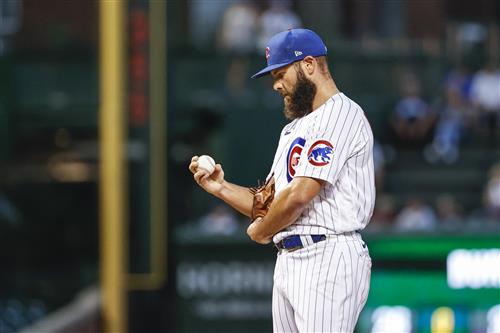 With Yu Darvish going on the injured list with lower back tightness, the San Diego Padres are reportedly "in the mix" for veteran free-agent starter Jake Arrieta, according to Kevin Acee of the San Diego Union-Tribune and Jon Heyman of the MLB Network.

Acee added that the Padres are in need of "at least one fill-in starter" with Chris Paddack also on the IL because of an oblique injury.

Trevor Bauer releases texts to defend himself against latest allegation

It was his fifth straight start failing to reach the fifth inning.

"He was struggling," president of baseball operations Jed Hoyer told reporters. "Not getting deep into starts. We've been patient and tried to get through it and hopefully he [would] come out the other side and pitch better. We weren't there."