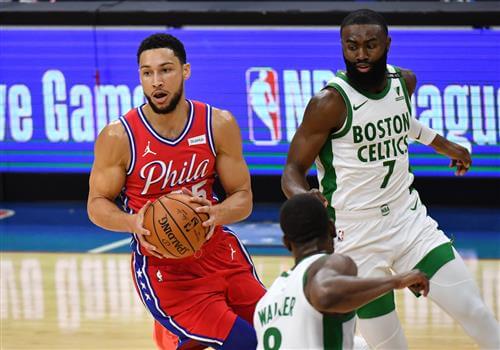 The Golden State Warriors may still have a chance to snag a three-time NBA All-Star after a failed trade proposal, one insider speculates, but it would come at quite the high cost.

The Warriors have been named as one of the potential destinations for Philadelphia 76ers star Ben Simmons, who is reportedly on the outs with his franchise. While Golden State reportedly turned down an initial offer from the Sixers, there could still be another chance for them to snag Simmons.

Dennis Schroder wants what Celtics doesn’t want to give him

The deal the Warriors reportedly turned down would have required them to send both of their lottery picks to Philadelphia, but Greg Swartz of Bleacher Report speculated the assets could still be put to use in a new deal. He envisioned a three-way trade with the Indiana Pacers and Sixers where the Warriors would ship out with No. 7 pick Jonathan Kuminga and No. 14 pick Moses Moody, along with last year’s No. 2 overall pick, James Wiseman, and winger Andrew Wiggins. They would also part with two future first-round draft picks.

The deal would include: