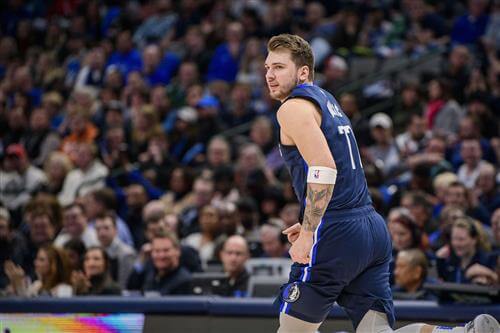 As expected, 22-year-old NBA MVP candidate Luka Doncic has agreed to sign a five-year designated player extension from the Dallas Mavericks worth in excess of $200 million, according to ESPN's Adrian Wojnarowski.

Lauri Markkanen on his way to Mavs to join Luka Doncic?

"Today is a dream come true," Doncic told ESPN in a statement, in part. "The game of basketball has given me so much and has taken me to so many amazing places. I am humbled and excited to remain in Dallas as part of the Mavericks and appreciate the support of my fans."

Doncic earned First Team All-NBA honors for the second consecutive season in 2020-21, qualifying for a starting salary of 30% of the projected $115.7 million salary cap in the 2022-23 season. The third overall pick in the 2018 NBA draft, Doncic is owed $10.2 million next season, the final year of his rookie contract.

The offer was a no-brainer for the Mavericks. Doncic is arguably the most accomplished 22-year-old in basketball history.