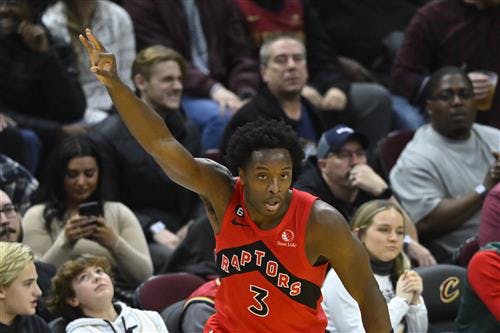 If the Toronto Raptors move OG Anunoby ahead of the NBA's Feb. 9 trade deadline, it's going to cost a boatload of assets, according to Jake Fischer of Yahoo Sports:

"Meanwhile, Raptors officials have left rival front offices with the impression, sources said, it would take a haul at least in the ballpark of Atlanta's offseason price for Dejounte Murray—multiple unprotected first round picks—for Toronto to even consider parting with OG Anunoby, a known favorite of Ujiri," Fischer reported.