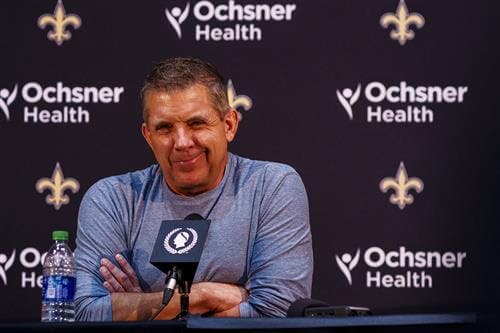 As the NFL playoffs draw near along with the 2023 offseason, one of the league’s worst-kept secrets involves longtime Saints coach Sean Payton, and his anticipated return to the game. Ever since stepping away from his post atop New Orleans’ staff last January, Payton has broadcast the possibility of resuming a role on the sidelines.

With three jobs already open and more set to open soon, which teams might actually be willing to hire Payton, 59, who spent 2022 in the broadcast studio for Fox? The answer is more complicated than it appears; because Payton remains under contract with the Saints, it’s likely that a 2023 return would either involve him reclaiming New Orleans’ top job from Dennis Allen, or another team acquiring him from the Saints for draft-pick compensation.

With that in mind, here’s an early look at the most logical suitors for Payton, as well as whether each team would be willing to part with its 2023 first-round pick to land the Super Bowl-winning coach:

Lovie Smith may well be another one-and-done coach in Houston as the Texans prepare to handpick their next franchise quarterback, and who better to shepherd a total offensive rebuild than Payton? Besides spending three of his most formative coaching seasons in Texas with the Cowboys, however, Payton probably wouldn’t have much reason to come out of quasi-retirement for such a non-contender. And the Texans certainly wouldn’t part with this year’s top pick to make it happen.

Ron Rivera is beloved for his locker-room leadership, but he’s yet to log a winning season in three years as Washington’s coach, and barring a Week 18 win over Dallas, will have eclipsed seven wins just once in his last seven years as a head coach. As they prepare for yet another QB reset, Payton would be an ideal voice to welcome, but like the Texans, this hardly feels like the kind of organization he’ll be rushing to join after a year away from the game. One wild card is what happens with team ownership: Daniel Snyder just might be overzealous enough to float a mid-first-rounder the Saints’ way for this kind of splash, and yet if Snyder and Co. sell the franchise outright, perhaps Payton would reconsider the idea of coming to town for weapons like Terry McLaurin and Antonio Gibson.