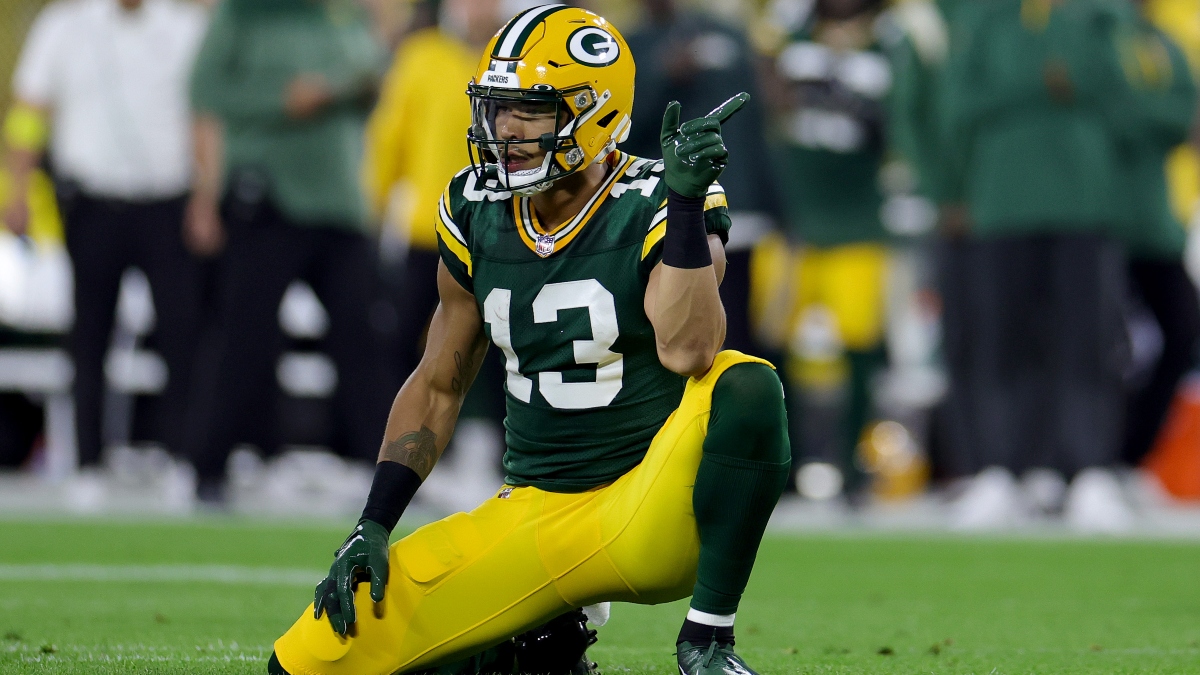 This week’s edition of Thursday Night Football will be a cold one. Temperatures are expected to be below freezing with a chance of snow — classic Lambeau Field conditions! While Aaron Rodgers and the Packers may be used to that kind of situation, it will be somewhat new territory for Ryan Tannehill and the Titans. With kickoff set for 8:15 pm ET on Amazon Prime Video, it’s time to take a look at the best touchdown scorer bets to be made.

For the first time since Week 3, Derrick Henry was limited to fewer than 100 rushing yards in Week 10. It was a rare showing for the King, as the Broncos’ defense limited him to just 53 yards on 19 attempts. However, given that Denver’s defense ranks in the top 10 for rushing yards allowed, it shouldn’t come as a huge surprise. Green Bay’s defense, which ranks 28th in terms of rushing yards allowed, cannot say the same.

The last time Henry faced a bottom-5 run defense — which came against the Texans — he ran for 219 yards and 2 scores. He has 9 touchdowns so far this year, and given the weather on Thursday night in Green Bay I anticipate that the King will have at least 20 touches in Tennessee’s offense that will be built around him.

The forecast for this game is not ideal for the passing attack, but with Aaron Rodgers going against the Tennessee secondary, this bet has a ton of value. The Titans’ secondary has been the weak link of their defense as they rank 29th in passing yards allowed, 29th in passing completions allowed and 24th in passing touchdowns allowed.

While Rodgers relied on Aaron Jones and Christian Watson last week against the Cowboys, I expect him to target Allen Lazard more this week. Last Sunday was the first time Lazard had below 7 targets since Week 2, but it made sense since Lazard was being covered by Trevon Diggs. Green Bay will try to utilize Jones and AJ Dillon on the ground early before Rodgers starts to attack the Titans secondary. The strength of the Tennessee defense is against the run, so Rodgers should air it out in the cold air several times — 1 being to Lazard in the endzone.

What does “anytime touchdown scorer” mean?

Anytime touchdown scorer is a popular player prop bet that NFL bettors can wager on throughout the season. But what is it, and how do you win?

As the name suggests, placing a wager on the anytime touchdown scorer market is when you tip a particular player to score a touchdown during a game. This can be a rushing or receiving touchdown for an offensive player, or you can wager on a team’s defense/special teams to score a touchdown by interception return and fumble return or kickoff and punt returns.

If your player or defense scores a touchdown, you win! The odds will differ from player-to-player depending on the sportsbooks’ calculated probability of that player scoring.

What does anytime touchdown scorer mean for a QB?

For a wager on a QB to be an anytime touchdown scorer to cash, he must follow the same rules as a running back, tight end, or receiver. He must get into the endzone himself, either as a runner or a pass-catcher.

In the age of the mobile quarterback, QBs such as Patrick Mahomes, Lamar Jackson, Josh Allen and Kyler Murray are often seen rushing in for a touchdown on any given Sunday. And don’t forget the occasional Philly Special, either. QBs can sometimes catch passes for TDs, too.