The Kansas City Chiefs and Tampa Bay Buccaneers could have the location of their Week 4 game on “Sunday Night Football” impacted by Hurricane Ian.

The teams are currently scheduled to play in Raymond James Stadium in Tampa Bay, but that location could be changed. With Hurricane Ian on a collision course with the western coast of Florida, it’s possible that the damage from the storm could for the NFL to change the location of the game. The league is currently working through its contingency plans for the game.

On Tuesday, the Buccaneers are evacuating their home facility to travel to Miami for the practice week. Miami is far enough out of the way that it won’t be threatened by Hurricane Ian. Could that be the place the NFL opts to move the game should the storm have an impact? Probably not.

ESPN’s Jeff Darlington reports that the NFL is considering a neutral site in the midwest should the league have to move the game. Darlington says the league doesn’t want to use Florida state resources to host a game. One option mentioned by Darlington was the Minnesota Vikings’ U.S. Bank Stadium. The Vikings and Saints are playing a game in London (not New Orleans) in Week 4, making the stadium available for a game.

As a result, if the game is moved, it is likely the Bucs and Chiefs would play at a neutral site in the Midwest — such as Minneapolis. (the Vikings play in New Orleans on Sunday). Those plans remain fluid given the unknown path of the storm.

Where Chiefs stand in AFC West after Week 3 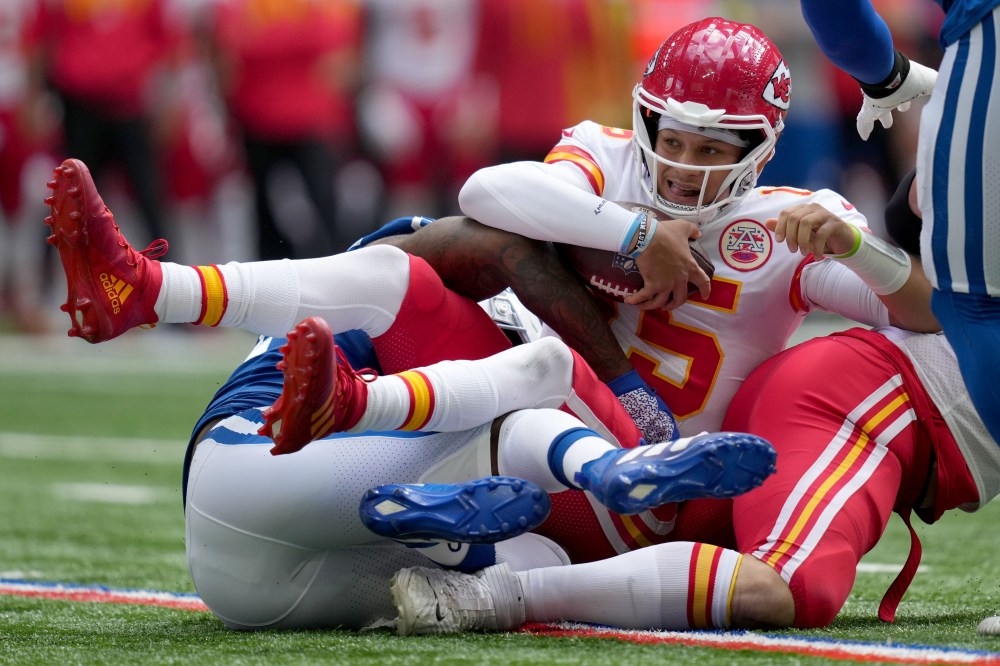