For the second week in a row, the Los Angeles Rams will be wearing their Bone jerseys. It’s also the second and last time they’ll wear those jerseys this season.

However, after pairing them with yellow pants last week against the Atlanta Falcons, they’re mixing and matching things on Sunday against the Cardinals. The team announced it will wear its Bone jerseys with royal blue pants and socks.

It’s the same combo they wore against the Colts in Week 2 last season, a game they won 27-24.

With this being the last time the Rams wear their Bone jerseys, it’s unfortunate that they won’t pair them with Bone pants at all this season. That seems to be the preferred pairing among fans when the Rams do go with Bone jerseys. 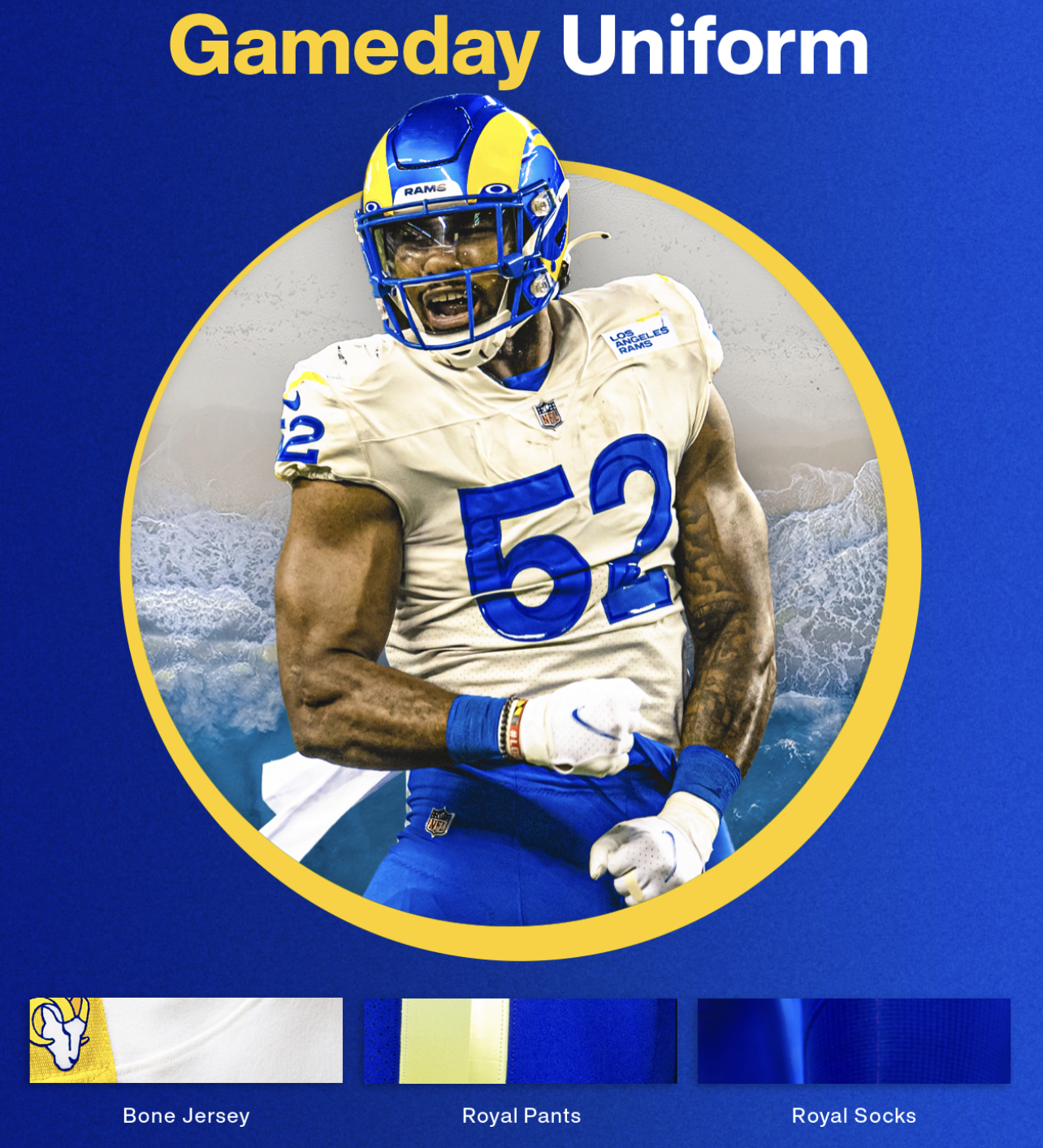 Kickoff between the Rams and Cardinals will be at 4:25 p.m. ET from State Farm Stadium.