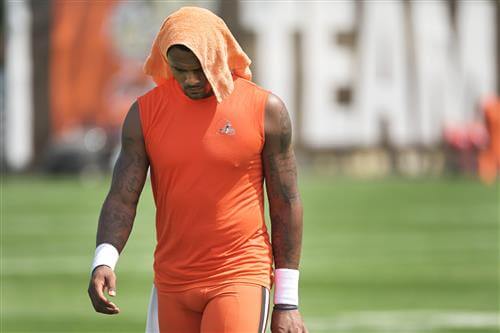 Earlier today, we raised the possibility of appeals officer Peter Harvey ruling in the next two days that Browns quarterback Deshaun Watson should be suspended for a full year, and that it should begin immediately. We have an update.

Yes, the NFL has asked for a one-year suspension starting now. If implemented before Friday night, this would keep Watson off the field for the preseason opener against the Jaguars. And, no, the NFL Players Association hasn’t ruled out the possibility of this happening.