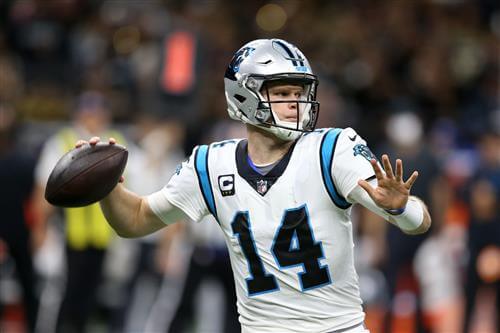 The 2022 NFL offseason has already seen several trades occur, and more could be coming in the months ahead.

There are several high-profile players who could be available after requesting a trade, falling out of favor with their current teams or would return draft capital for a rebuilding squad.

With that in mind, here is a look at five top trade targets—listed in alphabetical order—and where they could land if dealt.

The Dallas Cowboys receiving corps has been gutted this offseason. Trades, injuries and free agency took a toll on what was one of the league’s deepest groups last year.

While the Cowboys still have CeeDee Lamb as their No. 1 wideout and promising rookie Jalen Tolbert behind him, there is a critical lack of depth. That could change if the club engineers a trade with the New England Patriots to acquire Nelson Agholor.

The receivers room in New England has gotten a bit crowded this offseason after the franchise landed veteran DeVante Parker in a trade and drafted a promising second-round prospect in Tyquan Thornton.

With Jakobi Meyers and Kendrick Bourne returning to round out the receiving corps, Agholor could be the odd man out.

The 29-year-old didn’t live up to expectations in 2021. He only caught 37 passes for 473 yards and three scores after signing a two-year, $22 million contract.

Agholor is just a season removed from a career-best showing with the Las Vegas Raiders, however. He reeled in 48 receptions for 896 yards and eight touchdowns in 2020 and could get back to that form with a change of scenery.

The Cowboys would provide ample opportunity. Even with Michael Gallup and James Washington returning this season, Agholor could provide big-play capabilities for a unit that is one injury away from a full-blown crisis.

Keep in mind Gallup is still recovering from a torn ACL suffered late last season, while Washington will miss six-to-10 weeks after fracturing his foot in practice Aug. 1.

Given Agholor's expiring contract and New England’s logjam at the position, it shouldn't take much more than a Day 3 pick to get the Patriots to move on from the wideout.