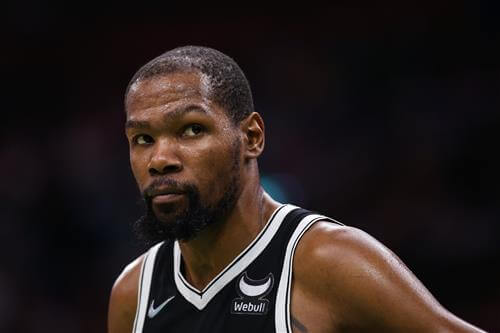 In a face-to-face meeting with Brooklyn Nets owner Joe Tsai over the weekend, All-NBA star Kevin Durant reiterated his trade request and informed Tsai that he needs to choose between Durant or the pairing of general manager Sean Marks and coach Steve Nash, sources tell The Athletic.

Durant stated he does not have faith in the team’s direction, sources said.

Durant and Tsai spoke in London on Saturday and sources described the discussion as transparent and professional. The meeting took place a year to the day that Durant agreed to a four-year, $198 million contract extension with the Nets and barely over a month after his initial trade request on June 30. He is now entering the first season of that extension.

The Nets have direct knowledge of the reasons behind Durant’s request, sources said, and understand that the 12-time All-Star will continue to be resolute in his stance. Durant is believed to want a change of scenery heading into his 16th season.