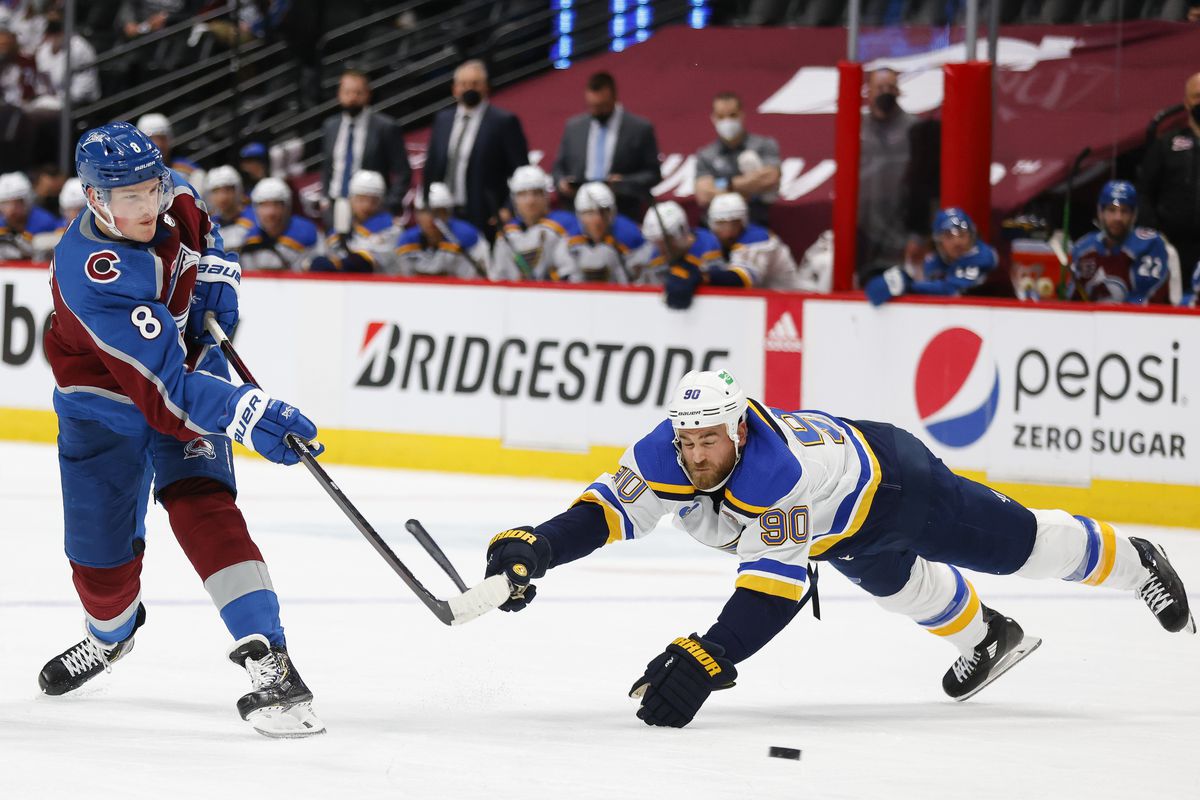 The St. Louis Blues and Colorado Avalanche meet for Game 1 of Western Conference Semifinals Tuesday at Ball Arena in Denver. Puck drop is scheduled for 9:30 p.m. ET (TNT). Below, we look at the Blues vs. Avalanche Game 1 odds and lines, and make our expert NHL picks, predictions and bets.

The Blues rebounded from a 2-1 series deficit to rattle off 3 consecutive wins to dispatch the Minnesota Wild in the opening round. St. Louis hopes for better success this time around against Colorado after getting swept out of the postseason in 2021 by the Avs.

Blues at Avalanche odds and lines

Binnington was given the nod in Game 4 by coach Craig Berube in the Wild series, with his team down 2-1. After G Ville Husso lost Games 2 and 3, the Blues needed a spark, and Binnington certainly gave them one. He won the final 3 games, allowing just 5 goals on 88 shots to clinch the series.

Kuemper was accidentally poked in the eye with a stick coming through his mask in the crease in Game 3. He left, and G Pavel Francouz finished up. The swelling was still an issue in Game 4, but Kuemper has had over a week to heal, and he is ready to roll.

The Avalanche (-220) will cost more than two times your potential return in this series opener. I expect Colorado to win this game handily, but backing the -220 price is not worth the risk.

PASS, and look to the puck line first.

Colorado has dominated this series, sweeping St. Louis last season in the first round, while winning 6 of the past 7 head-to-head meetings overall, and 6 of the previous 7 battles in the Mile High City, too.

The favorite has won 38 of the past 53. The Avs will easily extend that streak here.

OVER 6.5 (-130) is a little pricey, but there is good reason to play it. First, the Avs could be a little rusty after a long layoff, plus their goaltender is returning from an injury and an even longer absence.