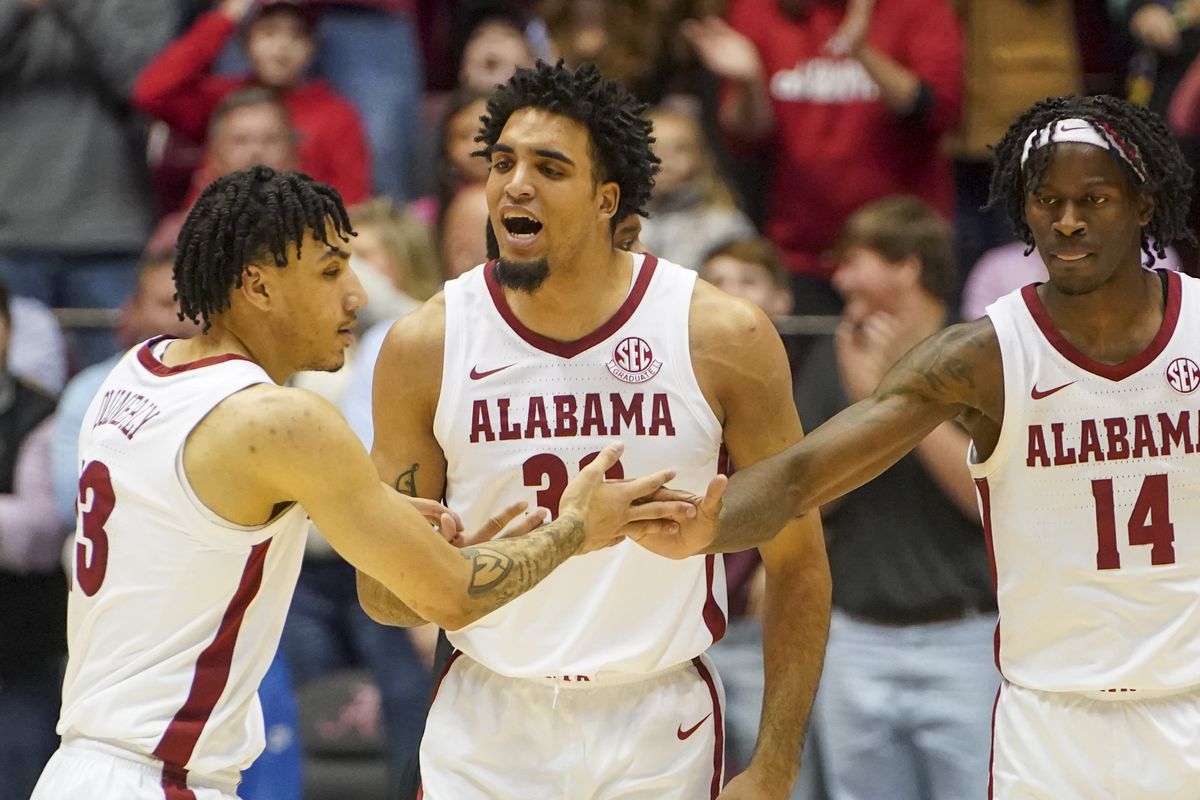 There are plenty of good college basketball games on the slate this week, with plenty of opportunities to make some money. There was a big shake-up in the AP Poll this week, with Auburn jumping to the #1 spot and many other teams moving around. Let’s take a look at a few games that have caught our attention and would be good games to add to your NCAAB Betting parlay.

The Alabama Crimson Tide come in currently outside the Top 25 but still have a 13-6 record. They have struggled in conference play but will still be a tough out come tournament time.

The Crimson Tide are averaging 81.4 points per game this season. They are 2-3 in their last five games.

It is a good thing that the Bulldogs won the College Football Playoff because this basketball season has been one to forget for those in Athens. There has been absolutely nothing to write home about in the 5-14 start to the season. They are 0-6 in conference play and have lost eight straight games coming into this matchup.

Alabama comes in as a 14.5 point favorite. Even with the recent struggles by Alabama, this is a game that they can win and cover.

This game will be on primetime on Tuesday night, with both teams battling it out for rights to first place. Illinois may be without Kofi Cockburn, their leading scorer and the All-American from a season ago.

Michigan State looks to come in and get their second big road win in the last week. This will be a battle between the Spartans and the Illini.

Michigan State is coming off a huge win on Saturday night at Wisconsin. The Spartans won by 12 points in a game they controlled for most of the night.

Gabe Brown has led the way scoring-wise for the Spartans this season with an average of 13.6 points per game. The Spartans sit at #10 in the polls this week, with a record of 15-3 and 6-1 in the Big Ten.

Illinois has had an up and down season so far. They have a record of 13-5 and 6-2 in the Big Ten. The Illini are still looking for that first true big win.

A win against the Spartans would most certainly fit under that category. Kofi Cockburn has been dominant this season, averaging a double-double with 21.1 points per game.

Illinois is the 5.5 point favorite right now, being the home team. If Illinois does not have Cockburn in this game, Michigan State will have no problem covering the 5.5 points.

Cockburn is needed for this Illinois team to succeed. Even with Cockburn, 5.5 points seems a bit too much, and this game could come down to the wire.

One of the hottest teams in the Missouri Valley is set for another good matchup on the road at Indiana State. Missouri State, the best team currently in the MVC, is off to a great start. The Sycamores are looking to bounce back after a rough start to the season.

Missouri State is coming off a huge road win at Loyola-Chicago. The Ramblers were the favorite coming into the season, but the Bears made a statement with a big road win.

Isaiah Mosely is leading the Bears this season with 21.1 points per game. He is the MVC Player of the Week and has had many great performances this season. Gage Primm is also a great player for the Bears, who is a tough guy to battle with underneath.

For Indiana State, they come in with a below .500 record at 8-10. The Sycamores are trying to turn things around as they are currently riding a four-game losing streak.

The last win for Indiana State was over Bradley on January 2. The Sycamores have been led by Cameron Henry this season with 15.1 points per game.

This is a game where Missouri State can blow Indiana State out. After the big win over Loyola-Chicago, this Bears team has all the confidence in the world, and they are playing very well as of late too. Missouri State is a six-point favorite, and that is a number they can cover easily.