Bill Belichick is a favorite to win Coach of the Year.

He revitalized a team that was 7-9 last year and is doing it with a rookie quarterback at the helm. Belichick has led the New England Patriots to a 9-4 record thus far, while holding the top seed in the conference and division. There’s even been murmurs the 69-year-old could win Executive of the Year for his outstanding offseason moves.

Arizona Cardinals coach and former Patriots quarterback, Kliff Kingsbury, believes Belichick should win the Coach of the Year award as long as he’s in the NFL.

“I mean, they should just name the award ‘Bill Belichick,’” Kingsbury said last week. “And when he retires, like, bring that back. But, yeah, until he retires, I don’t think anybody else should get the award, honestly. He should be that every single year that he’s coaching.”

The Cardinals are atop the NFC with a 10-2 record and Kingsbury has been lights out as an NFL coach. For this reason, Belichick sent the praise right back to him while joining WEEI’s “The Greg Hill Show.”

AFC playoff picture: Where the Patriots will stand entering Week 15 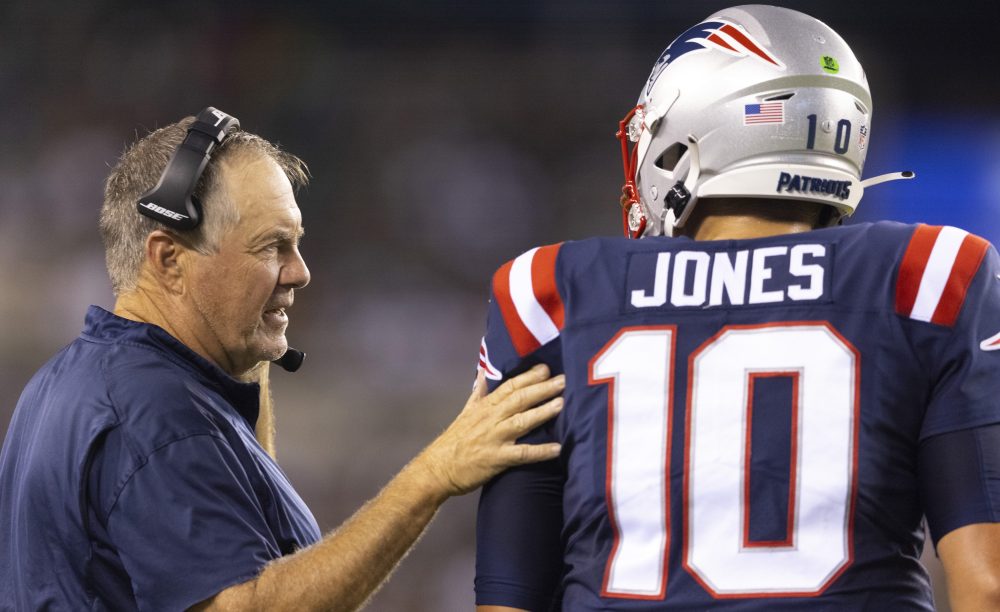