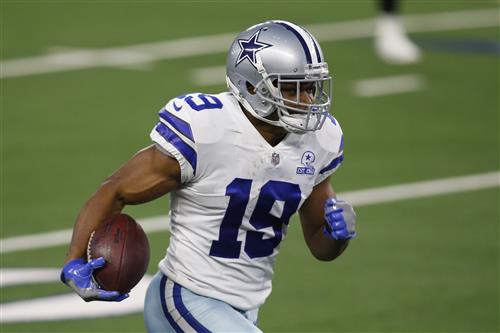 The Dallas Cowboys boast one of the NFL’s best receiving corps entering the 2021 season. But after paying Dak Prescott and Ezekiel Elliott, the electrifying trio of Amari Cooper, CeeDee Lamb and Michael Gallup might not stay together for long.

Dallas invested heavily at wide receiver during the 2020 offseason. The front office signed Cooper to a $100 million contract and spent the No. 17 pick on CeeDee Lamb, seizing on the opportunity to draft an elite 2020 NFL Draft prospect.

The trio is going to be a huge reason why the Cowboys boast one of the NFL’s best offenses in 2021. But even with a rising salary cap, financial constraints might force Jerry Jones to decide between two of his offensive stars.

ESPN’s Jeremy Fowler wrote, the Cowboys’ upcoming “money crunch” might force the front office to choose between Cooper and Gallup next offseason.