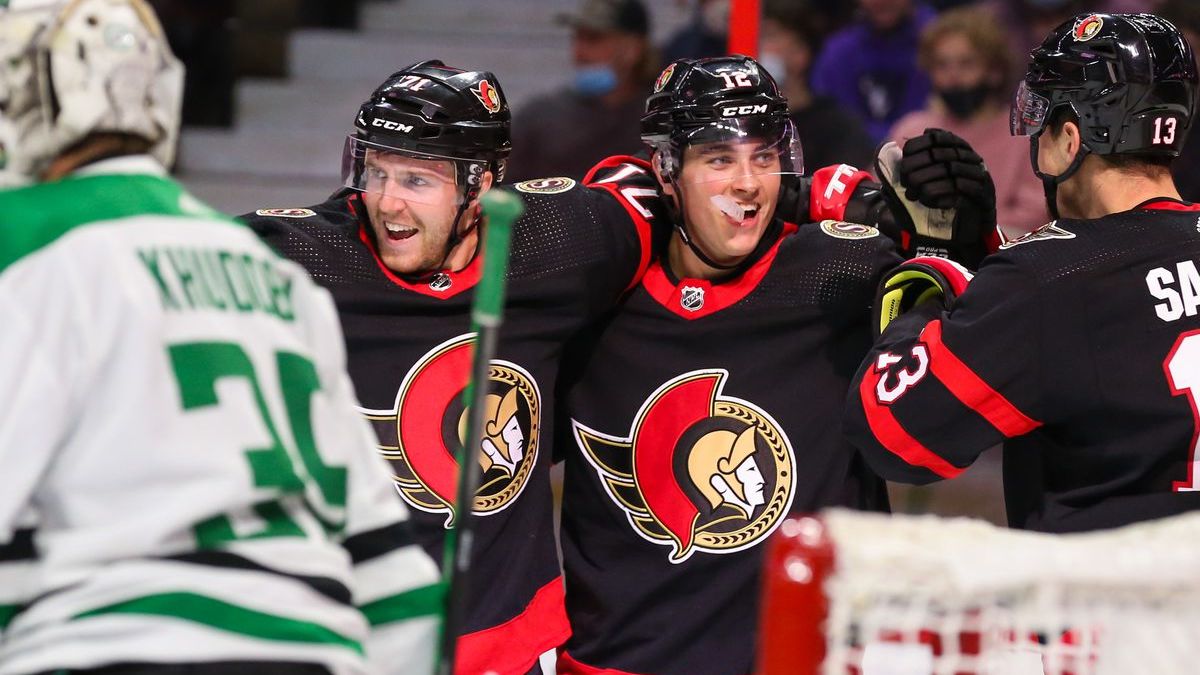 The Ottawa Senators (10-14-1) and Dallas Stars (14-7-5) meet Thursday at American Airlines Center in Dallas. Puck drop is scheduled for 8:30 p.m. ET (ESPN+).  The Senators were piped 5-2 at home by the Los Angeles Kings Tuesday, snapping a modest 2-game win streak. Despite the lopsided loss, Ottawa is still a respectable 4-2 in the last 6 games, including 3-1 in the last 4 against Western Conference clubs.

The Stars were paddled at home by the Toronto Maple Leafs Tuesday, getting shut out by Matt Murray and the visitors 4-0. Dallas has been feast or famine from an offensive perspective, going for 4 or more goals in 5 of the last 7 games, while posting 1 or no goals in the other 2 outings.

Talbot was pounded for 5 goals on just 14 shots before getting pulled midway through the 2nd period on Tuesday against the visiting Kings. The goal total matched his season-worst effort Nov. 8 at home against the Vancouver Canucks.

Oettinger was on the short end of a 4-0 loss to the Maple Leafs last time out, allowing 3 goals on 28 shots. He has allowed 7 goals on 44 shots since a 31-save shutout against the Anaheim Ducks to open the month last Thursday.

The Stars (-190) will cost you nearly 2 times your potential return, and that’s too much risk for not enough reward. Even though Oettinger is solid at home, there is a lot of risk based on Talbot’s crazy road splits, too.

AVOID, and look to the puck line instead.