Los Angeles Rams receiver Cooper Kupp hauled in a historically anomalous reception in the closing moments of the team’s AFC divisional-round win over the Tampa Bay Buccaneers on Sunday.

His 44-yard catch, which set up the game-winning field goal, was the longest play from scrimmage with less than one minute left in the fourth quarter of a postseason game, per NFL Network’s Andrew Siciliano. Admittedly, there’s a small sample size of plays that meet that criteria. That said, what Kupp did had never been done.

His clutch play, thanks to a beautiful throw from quarterback Matthew Stafford, helped keep the Rams from going into overtime. It was a tremendous effort from L.A. to get those points — especially considering Tom Brady was on the other side of the field.

That 44-yard catch by @CooperKupp set up the @RamsNFL game-winning FG?

It was the longest play from scrimmage with under 1 minute left in 4th quarter of a tied game in @NFL postseason history. @EliasSports

There’s no saying what might have happened if Brady got a shot at overtime. 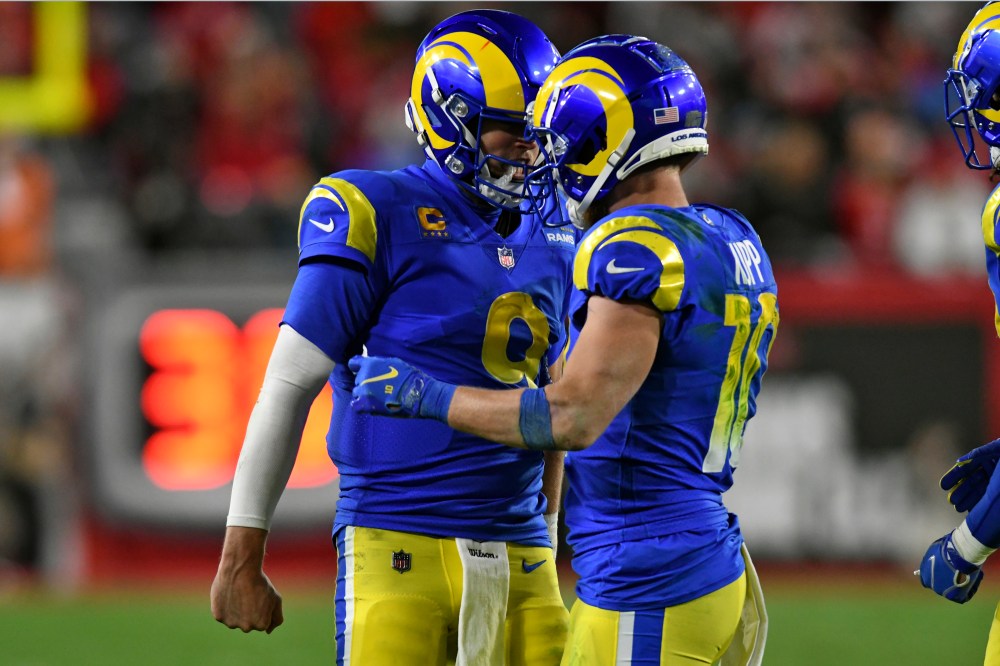