The Kansas City Chiefs are still sorting out their running back situation ahead of their divisional-round matchup with the Buffalo Bills.

Kansas City has dealt with some injuries at the running back position of their past few weeks, with their top two options at the position dealing with injuries. After two consecutive days where he was a full participant in practice for the first time since Week 15, Chiefs starting RB Clyde Edwards-Helaire is trending in the right direction.

Offensive coordinator Eric Bieniemy wasn’t ready to commit to Edwards-Helaire playing on Sunday, but he knows that the former first-round draft pick will give it his all this week in practice. He also trusts the training staff to make the right call when it comes to his game status.

“First of all, Clyde (Edwards-Helaire) is going to do everything he can to make sure that he can get out there,” Bieniemy told reporters. “But we’re going to let the proper people take care of that, make sure the training staff is handling all that, and I think if it goes well, he’ll do whatever he can to help us if that’s the case. So, when it’s all said and done with, the training room will take care of that.”

With Edwards-Helaire and Darrel Williams sidelined in the wild-card round against the Pittsburgh Steelers, the team leaned on Jerick McKinnon for the first time this season. Fans feel that his 142 scrimmage yard performance last week has earned him the right to be the starter moving forward.

Andy Reid stopped short of naming McKinnon starter moving forward. Bieniemy also echoed Reid’s sentiments, but he expressed confidence that McKinnon would be prepared for whatever role they put in front of him.

Bieniemy also praised first-year RB coach Greg Lewis for his ability to manage skill sets and personalities through the ever-changing running back situation in Kansas City. Without his expertise, players like McKinnon wouldn’t be prepared to step in and so seamlessly replace players like Edwards-Helaire and Williams.

“I think Coach Greg Lewis is doing a heck of a job because obviously there is some talent in that room,” Bieniemy continued. “But on top of that, he’s doing a great job of just managing the people that are in there because those guys know when it’s all said and done with, only one person can be out there on the field at one particular time. But on top of that, they also understand how much value they can bring if they’re contributing on special teams and doing other things to help us to win.”

Whoever is the starter for Kansas City in the divisional round, Bieniemy has confidence they’ll be able to help pave the way to victory.

Thursday injury report for Chiefs vs. Bills, divisional round 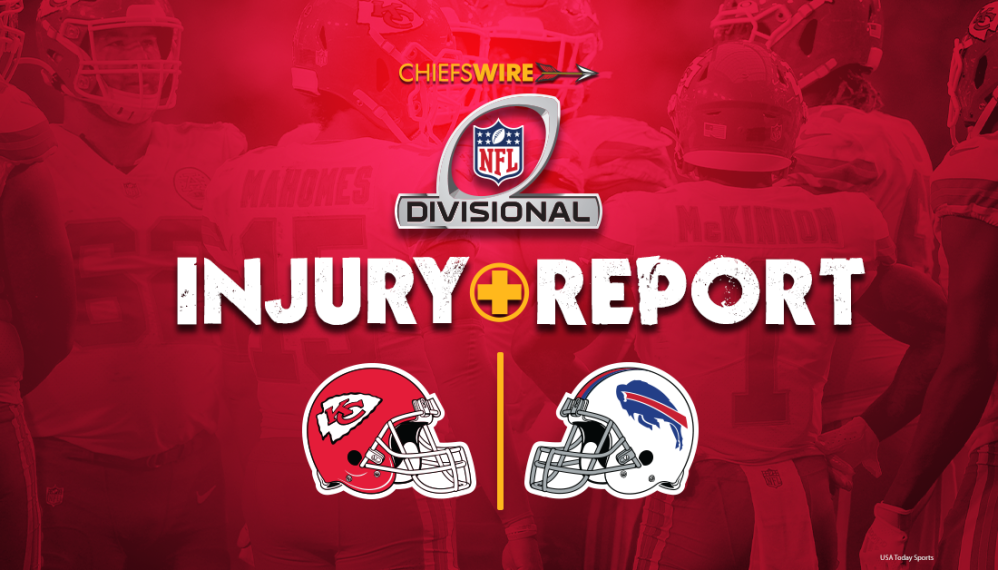