Patriots quarterback Mac Jones has impressed many. From reporters to his own teammates, Jones has opened eyes. A rookie season in the NFL may be difficult for some, but Jones is appearing to take it all in stride. With the Patriots sitting at 9-4, the Alabama product has a chance to bring the organization back to the playoffs.

Jones’ ability was evident early on, beginning in training camp. On the opposite side of the football, the quarterback made a strong impression early. Linebacker Kyle Van Noy was impressed with Jones’ ability. The linebacker knew the rookie was going to be special early on.

“What’s been impressive I would say with Mac is, and I don’t want this to sound bad or anything, but when Cam was out for that week, and it was the day before we went against the Giants (in joint practices), he was balling against us,” Van Noy said during an appearance on “Green Light with Chris Long” this week. “It was like, ‘Oh, this dude’s good.’ “

With the playoffs beginning to come into focus, Jones and the rest of the Patriots organization will have a chance to rest up this weekend, before taking on the Indianapolis Colts on December 18.

Stars, studs and duds from the Patriots’ wild win over the Bills 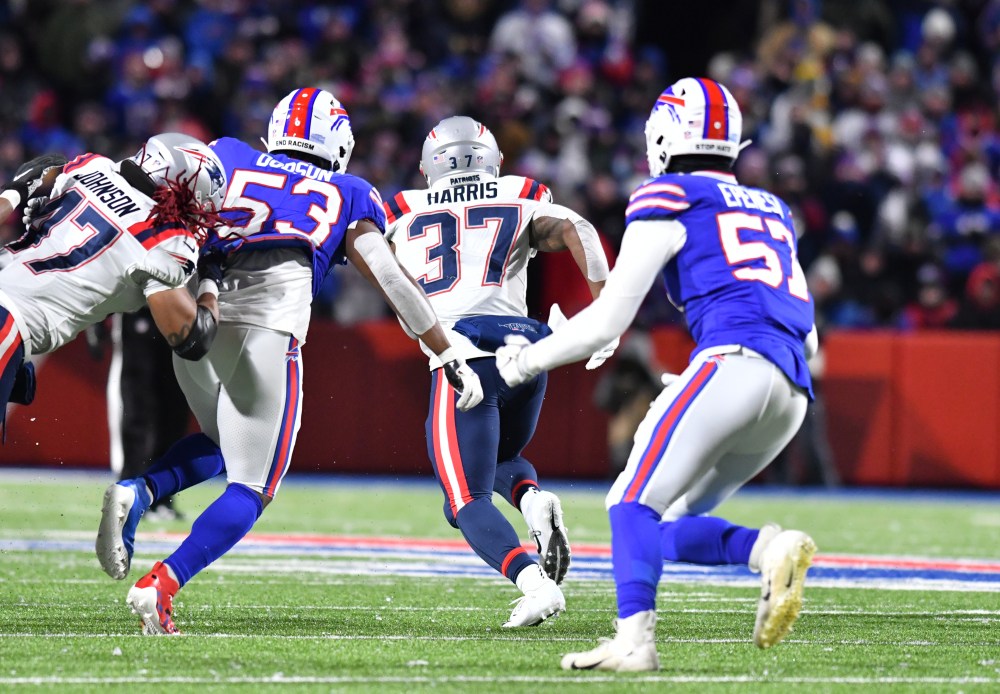