Ernest Jones has taken on a much larger role within the Rams defense since Kenny Young was traded to the Broncos, playing a season-high 95% of the snaps on Sunday against the Jaguars. He tied a career-best with nine tackles, broke up one pass and recorded a half-sack, giving him a full sack on the year.

Von Miller has only been on the same defense as Jones for about a month but he’s been impressed by the rookie. He even called Jones the Rams’ version of Kyler Murray on defense because of all the things he can do.

“He is athletic. He’s athletic and he can cover tight ends, receivers, play the run, and he can pass rush. He is our Kyler Murray on defense,” Miller said Thursday. “You create a checklist for him, and he can do just about everything defensively. So, it’s good.”

Miller called Murray “the G.O.A.T.,” recognizing all that he accomplished in high school at Allen in Texas, which is a rival school to Miller’s DeSoto. Miller also knows how dangerous he’s become in the NFL because “he does everything well.”

“He can throw the ball down the field, scramble, read option. Whatever it is that quarterbacks do well, you create a checklist, and he has all of those checks for sure,” he said.

Jones will be a major part of slowing Murray down because of how important it is to contain him in the pocket. Whether he’s used to spy Murray or if he’s just asked to track the quarterback down after dropping into his zone, Jones will need to be at his best.

It’s a tall task for a rookie but Jones will be ready for the challenge. The Rams need him to be.

Why Rams should stick to new ground-and-pound game plan vs. Cardinals 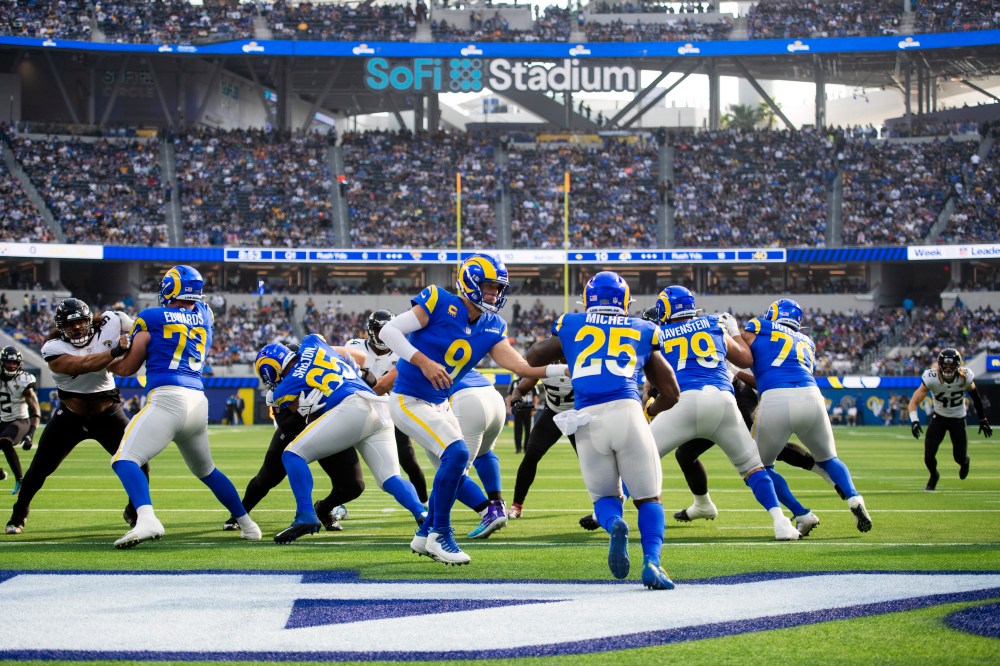