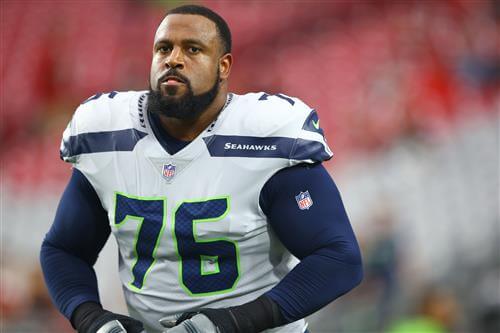 Left tackle Duane Brown returned to practice Monday, ending his hold-in. Brown did not participate in on-field team work since the start of training camp in July.

“Yeah, he’s ready to go. He’s ready to go,” Seahawks coach Pete Carroll said after practice, via Curtis Crabtree of PFT and Sports Radio KJR. “We’re pleased to have him. All in all, the camp that he was able to put forth — he did all the learning. He’s really healthy. He’s really healthy right now. I’m really thrilled about that for him. It’s one of the things we realized about the process of it that we would not wear him down at all during camp, like any player. So he’s got fresh legs coming. He wants to play tight end. We probably won’t get that chance, but he’s asking.”