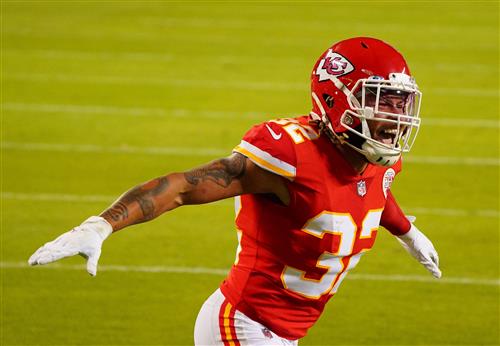 Kansas City Chiefs safety Tyrann Mathieu is entering the third and final year of his contract, and although general manager Brett Veach is willing to extend the star defensive back this year, there are no guarantees he'll be able to.

"The landscape is super tricky," Veach said Wednesday, according to Adam Teicher of ESPN. "We're at a $30-million (salary-cap) deficit from what we thought, and next year it's $15 million. Right now, some things are out of our control just because of the cap reductions this year and next year."