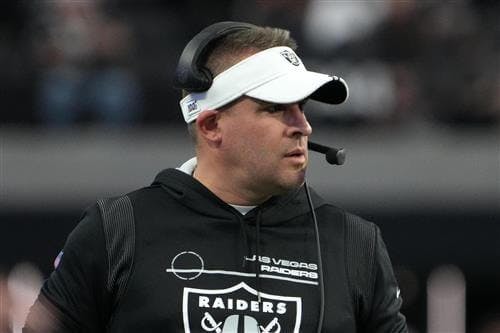 Las Vegas Raiders head coach Josh McDaniels may be eyeing a marquee name to replace Derek Carr as the team’s starting quarterback in 2023.

The organization benched Carr for its final two regular season games, and the 31-year-old bid farewell to Raiders fans in a moving post on social media.

Now, Jason La Canfora of The Washington Post (h/t Austin Boyd of Heavy.com) reports that McDaniels will want a veteran signal-caller to run his offense in 2022. Tom Brady (slated to enter free agency) is a logical fit as a potential replacement for Carr:

“Some executives who have had contact with Raiders Coach Josh McDaniels believe he’s inclined to want a strong veteran around next season, not just a rookie passer. Rodgers would make sense, but Brady played better and is clearly better versed in McDaniels’s offense. Sure, the Raiders could use another offensive lineman or two, but their roster is loaded with pass catchers and they could always put the franchise tag on Josh Jacobs, who led the NFL in rushing…