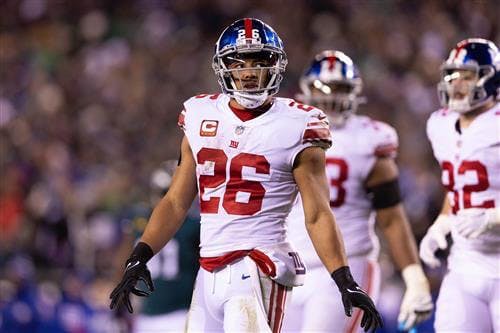 If he does end up leaving the New York Giants this offseason, Saquon Barkley might not be going too far away.

Online sportsbook SportsBetting.ag released odds this week for the Pro Bowl running back Barkley’s next team (if not the Giants). The Baltimore Ravens were given the best odds at +400. The Buffalo Bills (+425), Denver Broncos (+500), New York Jets (+600), and New England Patriots (+700) were also listed in the top five.