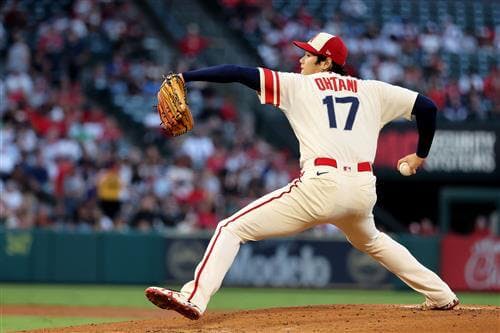 The rate of spending this offseason has been both frantic and jarring, with more than $2 billion lavished on the 10 most expensive free agents in a span of less than 10 weeks. But the most intriguing free agent in baseball history still looms. In 10 months, barring a last-minute extension with the Los Angeles Angels, it’ll be Shohei Ohtani’s turn to venture into the open market. And one number keeps being brought up by the many who have pondered the two-way star’s next contract:

Five offseasons ago, when his salary was compressed and his potential was limitless, the entire industry lined up to recruit Ohtani from Japan. He was too young for free agency then, which made him attainable through the major league minimum and controllable for up to six seasons. Soon, of course, there will be no ceiling on Ohtani’s compensation. But some expect his market to be nearly as robust again, given the outlandish expectations that he has already exceeded. And guessing Ohtani’s potential free agent contract has evolved into a fun game throughout his sport. A sampling from those we asked:

A former player and current analyst predicted a new record for average annual value, somewhere between $45 million and $50 million, stretched out over eight years.

An agent — not his own — guessed a 10-year, $430 million contract, which would top the $40 million average annual value that Aaron Judge recently attained and also surpass Mike Trout’s record-setting guarantee of $426.5 million.

A rival executive, noting the inordinate number of long-term deals handed out this offseason, took it even further, speculating a 12-year, $480 million mega-contract.

And yet some believe those estimations might fall short, suggesting that if Ohtani continues on his current path and puts together another historic season as both a pitcher and a hitter, an unprecedented, recently unimaginable round number might not just be attainable but perhaps even likely.

North American professional athletes have yet to reach $500 million; the closest, perhaps, is Kansas City Chiefs quarterback Patrick Mahomes, who signed a 10-year, $450 million extension in 2020, though that deal guarantees only about $141 million. But there is a growing belief that Ohtani might actually get there, and that everything seems to be lining up in order to make that happen.

Below we explored three key reasons for that belief, based on conversations with executives and agents throughout the industry over the past several months.

Ohtani is, simply put, a top-of-the-rotation starter and a middle-of-the-order hitter in one package — at a time when the sport places more of a premium on versatility and flexibility than ever before.

In 2021 and 2022, Ohtani ranked 10th in the majors in weighted runs created plus (wRC+) and ninth in the majors — among those who accumulated at least 200 innings — in expected fielding independent pitching (xFIP). Put another way, Ohtani stood among the top 8% in arguably the most well-rounded, comprehensive statistics for hitters and pitchers over a two-year period. Put yet another way:

Ohtani had a higher wRC+ than Austin Riley, Jose Ramirez, Mookie Betts, Manny Machado and Rafael Devers, and he had a lower xFIP than Aaron Nola, Framber Valdez, Max Scherzer, Max Fried and Sandy Alcantara — just to name a handful of the very best at what they do.