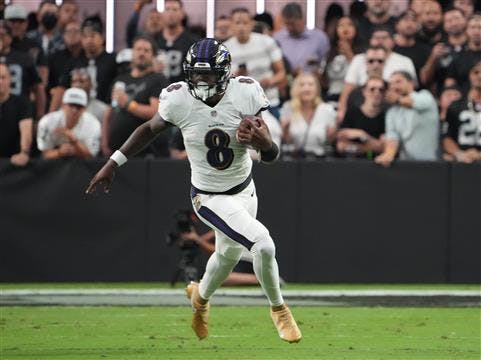 Lamar Jackson’s five-year run as the Ravens’ quarterback has been so electrifying — better yet, so defining, in the age of the dual-threat MVP types — that he and Baltimore seem almost inseparable. Fresh off the team’s opening-round playoff loss to the Bengals, a game Jackson did not attend while nursing a lingering knee injury, the dynamic feels different.

Both sides have talked for a long time about their appreciation for each other. And yet now, with 2023 free agency on the horizon and Jackson without a long-term contract, the quarterback is giving more hints than ever that a split could be coming. Days after publicly ruling himself out for the Ravens’ playoff game despite reports he’d be at minimal risk of reinjury, the former MVP took to Instagram with a cryptic message about not taking a “good thing” for granted.

Hurt feelings don’t have to ruin big-money negotiations; just last offseason, Kyler Murray landed a lucrative deal from the Cardinals despite publicly feuding with the organization. And odds are, Baltimore will at least exercise a franchise tag — likely the projected $45 million exclusive tag — to prevent Jackson from testing the open market.

But there are several scenarios where Jackson moves on after a half-decade as the face of the Ravens. The team could use a non-exclusive tag that permits other clubs to negotiate with him, knowing a pair of first-round draft picks would be guaranteed as compensation. Baltimore could also tag and trade Jackson, allowing another team to meet the tantalizing but injury-riddled QB’s demands for a new deal, which figures to cost at least $45M-$50M per year.

In the event he’s actually available, here are 10 of the most logical suitors, plus five wild cards:

Under Brian Daboll, Daniel Jones has done almost everything possible to earn a new deal as New York’s improbably composed face of the franchise. But with so much money at their disposal ($54.2M), it might be hard for them to avoid the temptation of adding Jackson’s lightning speed to Daboll’s attack, which prioritizes QB movement. Defensive coordinator Wink Martindale notably spent four years with the Ravens, getting a firsthand look at the MVP QB from 2018-2021.