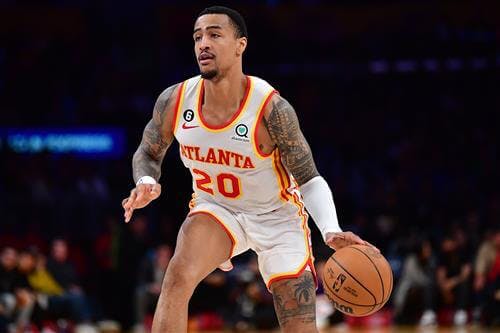 The Cleveland Cavaliers expedited their transition from an upstart, rebuilding team to a bonafide playoff squad with the offseason trade that brought Donovan Mitchell to town. Armed with a 27-17 record at the time of writing, the Cavs’ acquisition of Mitchell has been an unquestioned success. However, the Cavs don’t seem to be willing to rest on their laurels with the trade deadline approaching.

It’s no secret that the Cavs are weighing their options in a potential trade as they look to bolster their squad with Caris LeVert’s expiring deal as their most logical trade chip. According to previous reports, they have been “keeping an eye” on Tim Hardaway Jr. should the Dallas Mavericks make him available. However, the Cavs are truly exploring all their options. They have reportedly weighed whether a pursuit of Jazz sharpshooter Malik Beasley in a three-team trade scenario with the Atlanta Hawks involving John Collins is worth doing, per Marc Stein.