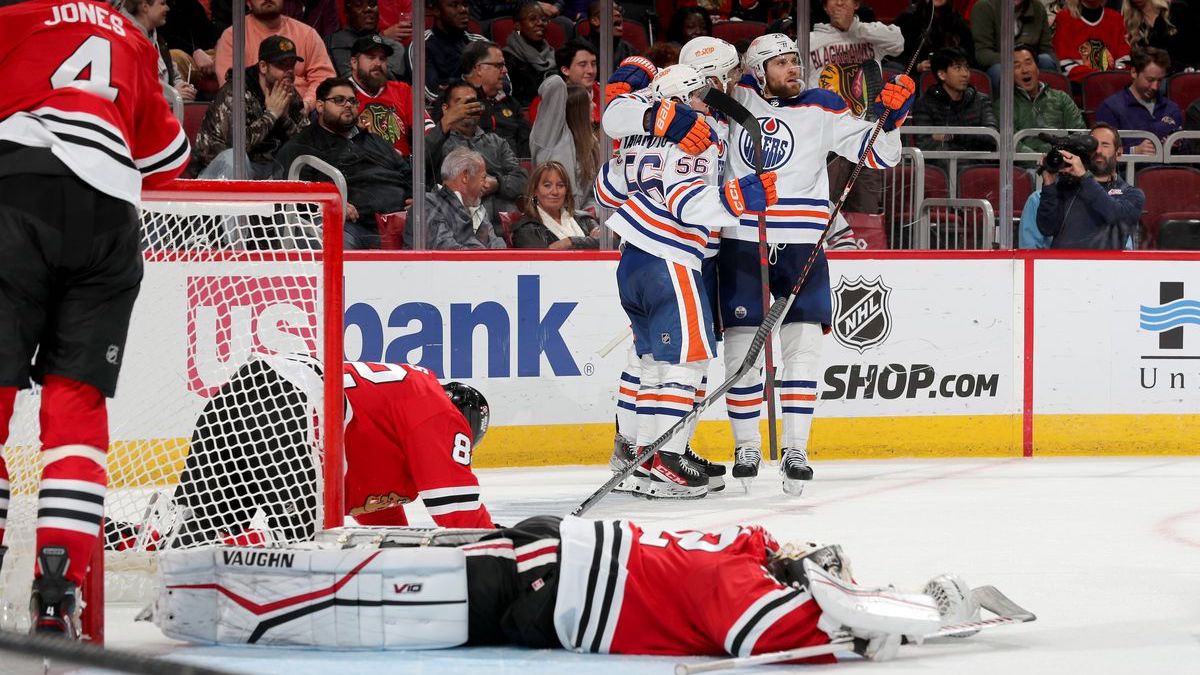 The Oilers have picked up back-to-back wins on the road against the New York Rangers, and at home against the Florida Panthers, both by a 4-3 score. It’s Edmonton’s longest win streak since a season-high 5-game run from Oct. 24-Nov. 1.

Edmonton has already faced the Blackhawks at United Center, winning a wild 6-5 decision behind Jack Campbell on Oct. 27 as the Over comfortably connected.

The Blackhawks are licking their wounds after a 7-2 beating from the visiting Winnipeg Jets on Sunday. Chicago is in the midst of an 0-6-1 nosedive.

Campbell allowed 3 goals on 23 shots last time out on the road against the New York Rangers. It has been buyer’s remorse for the Oilers, as “Soup” has allowed 3 or more goals in 7 of the last 8 starts. And after a rough October, he has actually gotten worse in November, going 3-3-0 with a 4.18 GAA and .863 SV%.

Oilers at Blackhawks picks and predictions

The Oilers (-210) will cost you more than 2 times your potential return, and that’s way too expensive despite the struggles of Mrazek and the Blackhawks (+180) lately.

If Campbell were humming along lately, maybe this would be somewhat tempting, but with Edmonton’s offense, it’s a much better value to look to the puck line instead.

The OILERS -1.5 (+115) are a better value on the puck line, as Edmonton has the offense to make Mrazek’s night very short.

The Blackhawks are 0-6-1 in the last 7 games overall, and each of the 6 losses in regulation have been by 2 or more goals.

The last time these teams squared off, we saw a total of 11 goals in this same venue. The teams haven’t gotten better, and, in fact, both of these goaltenders are ice-cold and playing even worse than October. Look for a track meet and plenty of fire-wagon hockey.