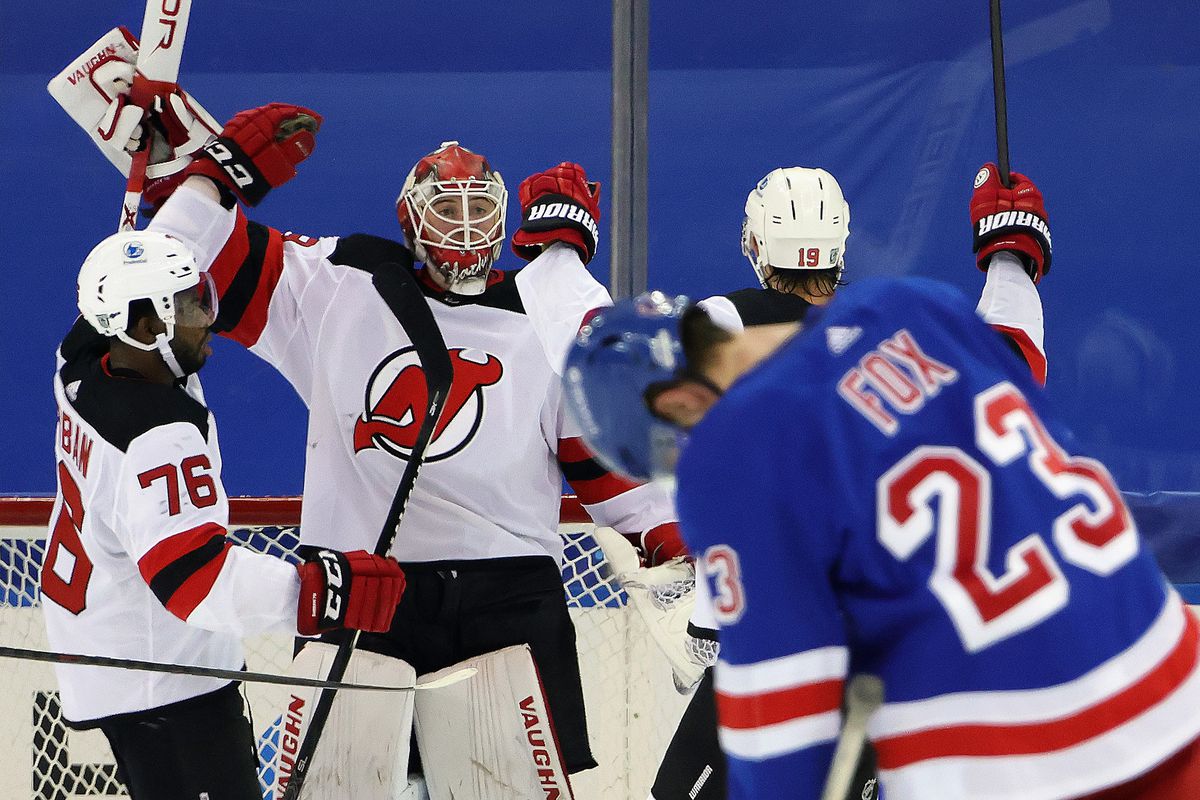 The Devils had their 13-game winning streak snapped last Wednesday against the visiting Toronto Maple Leafs. It has bounced back with a pair of victories against the Buffalo Sabres on the road and then at home against the Washington Capitals Saturday in a back-to-back set.

The Rangers were dropped 4-3 at home against the Edmonton Oilers, and both of their last 2 losses were by one goal. The Under has cashed in 5 of the past 7 games overall.

Vanecek let in just 1 goal on 38 shots in a victory against the Capitals last time out Saturday, and he has won 10 of his last 11 appearances. He has also allowed 2 or fewer goals in each of his last 5 starts.

Shesterkin allowed 4 goals on 32 shots in a loss against the Edmonton Oilers, snapping a 4-0-1 run in his previous 5 outings. He has dropped 2 of his last 3 outings against Eastern Conference foes.

Devils at Rangers picks and predictions

The DEVILS (-110) have been on fire this season, and showing no signs of a prolonged skid.

It has checked off all the boxes for success, posting 3.7 goals per game (GPG) to rank 3rd in the NHL, while taking 36.7 shots on goal (SOG) per outing, ranking 2nd in the league. The only thing the Devils do not do well is hit on the power play, cashing in at just 19.7%, good for 23rd.

Defensively, New Jersey is 2nd in the NHL with just 2.2 GPG allowed, while ranking 4th on the penalty kill at 82.4%.

The Devils +1.5 (-210) will cost you more than twice your potential return, and that’s just too expensive.

We covered New Jersey’s numbers, but New York ranks just 18th with 3.0 GPG, and 8th with 2.8 GPG allowed. It’s especially solid on the penalty kill at 80.3%, ranking 11th in the league. With solid goaltenders at each end, we’ll have low-scoring game.