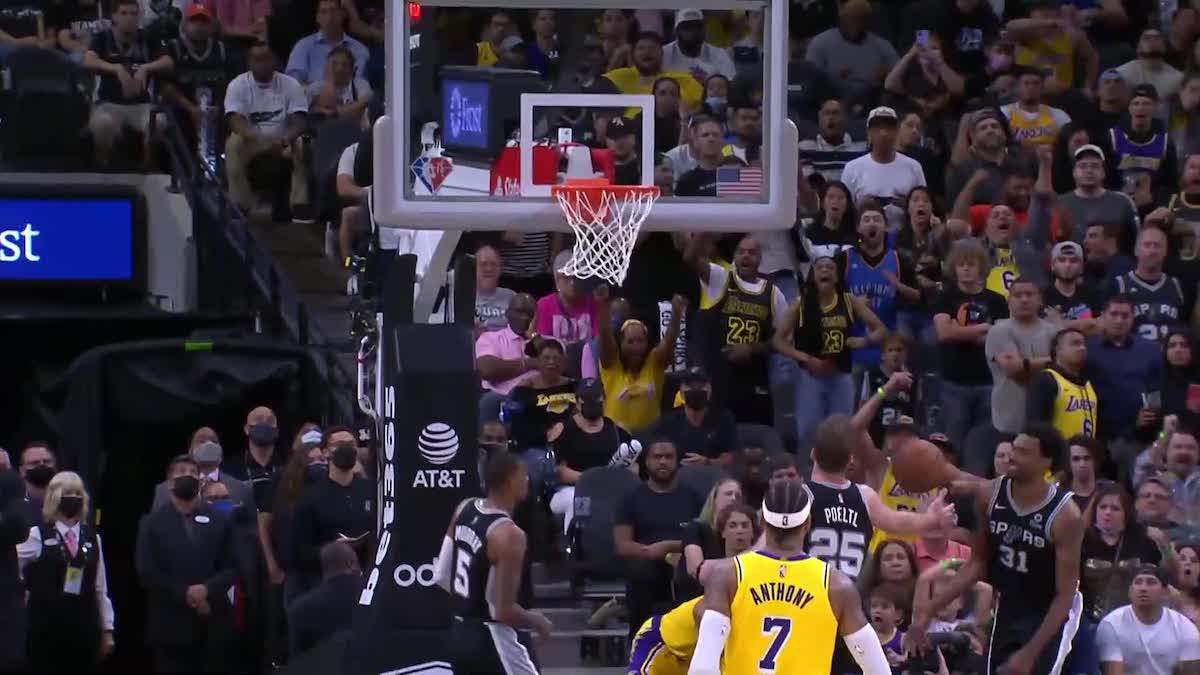 The Los Angeles Lakers (6-11) and San Antonio Spurs (6-14) play for the second night in a row on Saturday. This second game of their back-to-back tips off at 8 p.m. ET at AT&T Center.

The Lakers beat the Spurs 105-94 Friday night as 3-point favorites. They have won 4 of their last 5 games. Before that, they had lost 5 straight.

The Spurs have now lost 7 in a row and 12 of their last 13 games. They have lost by at least 7 points every game of their losing streak.

Lakers at Spurs picks and predictions

The Lakers are 7-1 in their last 8 games following a double-digit win but their only road win this season was Friday night.

The Lakers have won 3 of their last 4 games and have both F LeBron James and F Anthony Davis in the lineup and playing their best basketball of the year right now.

The trends show that the Lakers should win, but they also don’t give you confidence about the spread, even against a team struggling as badly as the Spurs.

The Lakers are 1-6 ATS in their last 7 road games facing teams with a losing home record. Their one win and cover was last night.

Back-to-backs have an odd way of being much more competitive in one game or the other.

PASS on the spread.

The Under is 6-1 in the last 7 meetings between the teams in San Antonio and 6-2-1 in their last 9 meetings overall.

Only 1 of the last 5 for the Lakers has.