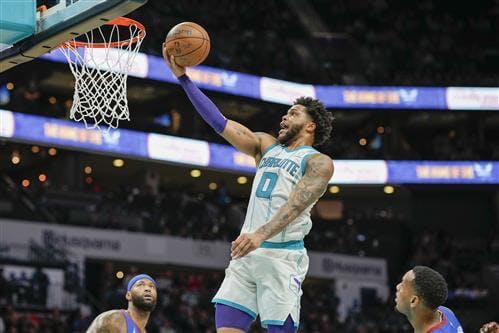 Miles Bridges remains a restricted free agent, and there are a number of teams reportedly interested in his services after he pleaded no contest to a felony domestic violence charge on Nov. 3.

According to The Athletic and Stadium's Shams Charania, the Los Angeles Lakers and Detroit Pistons are among the teams "monitoring" Bridges' free agency situation.

Bridges has been with the Charlotte Hornets for his entire NBA career, and the team extended a qualifying offer to him that both sides let expire while his legal situation remained unsettled.

5 Shocking Trades That Could Shake Up The NBA

The 24-year-old was arrested on June 29 after he allegedly assaulted his girlfriend in front of their two children. He was initially charged with one felony count of injuring a child’s parent and two felony counts of child abuse under circumstances or conditions likely to cause great bodily injury or death.