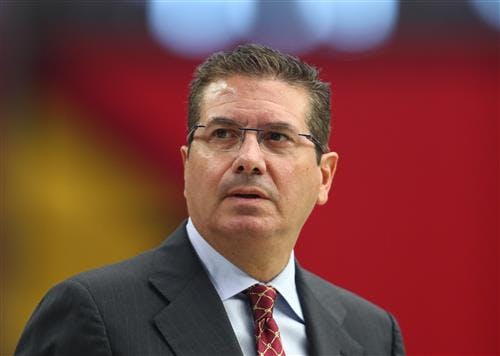 It seems owners around the NFL are getting sick and tired of the drama around Washington Commanders boss Daniel Snyder, and could soon move to either ask him to step down as owner voluntarily or force him out.

The Commanders’ offseason was completely dominated by investigations surrounding Snyder and the various misconduct in his front office over the last decade. What was just one inquiry by the House Oversight Committee has expanded to examinations by several regional attorney generals, and the SEC, after Congress found not only evidence of inappropriate workplace conduct, but also questionable financial dealings by the organization during Snyder’s ownership.

It has put a black eye on the NFL and even led to a second investigation by the league that is ongoing. The consistent bad press that follows the league because of the Commanders has gotten to a point where fellow owners are fed up with Snyder and his ownership style. In the spring, there were rumblings that the heads of other franchises were starting to ponder a time when Snyder was not a part of their fraternity of billionaires. It looks like those considerations have now moved to the stage of actually plotting to bring an end to the 57-year-old’s tenure with the NFL.