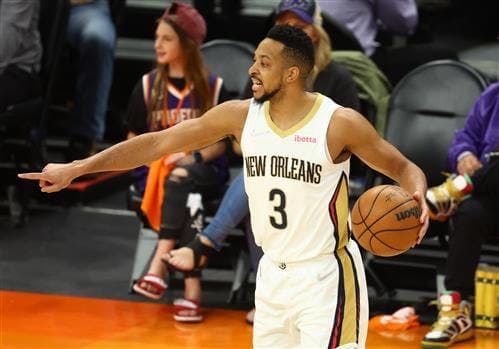 The Pelicans and CJ McCollum have reached an agreement on a two-year extension valued at $64MM, writes Adrian Wojnarowski of ESPN. This deal, which was confirmed by McCollum’s agent, Sam Goldfeder of Excel Basketball, will run through the end of the 2025/26 season.

McCollum made an immediate impact in New Orleans after being acquired from the Trail Blazers in February. He averaged 24.3 points, 4.5 rebounds and 5.8 assists as the Pelicans stormed back from a slow start and earned a spot in the play-in tournament. He was equally effective in the playoffs as New Orleans took the top-seeded Suns to six games in their first-round matchup.